A new study shows that the coronavirus pandemic has acted as a catalyst for growth in the adoption and awareness of cryptocurrencies.

The survey dubbed Digimentality 2021 by the Economist Intelligence Unit on behalf of Crypto.com indicates that 55% of the 3,053 respondents were aware of cryptocurrencies as the most popular digital currency option.

The group also expressed awareness of cryptocurrencies even without having used or owned one. The respondents were from both developed and developing economies for the February and March 2021 study.

On lack of broader cryptocurrency adoption, 51% of the sampled population cited lack of knowledge, with 34% concerned with security while 29% did not know where to buy cryptocurrencies.

Elsewhere, Central Bank Digital Currencies (CBDCs) emerged as the least recognized form of digital currency. Notably, CBDCs have recently gained popularity in the media, with countries like China in advanced stages of rolling out such currencies. However, the study notes that CBDCs face challenges due to lack of education, technical literacy, security, and privacy concerns.

The researchers also conducted a supplementary survey among 200 institutional investors and corporate treasury management executives, with 76% acknowledging that the health crisis led to demand and adoption of digital assets.

The study also adds that most institutions are using digital assets to diversify their portfolios since they are increasingly becoming a store of value.

The survey on institutional investors was conducted in February, March, and April 2021, coinciding with a period the crypto market bull run was ongoing. The rally was mainly due to the entry of institutions into the sector.

“We’ve seen several governments announce new plans to create digital versions of their currencies. It’s like a new space race on that level. At the same time, we’ve seen interest and trust in cryptocurrencies grow among consumers…Sentiment on the institutional side of the scale already seems much higher than expected,” said Jason Wincuinas, the Economist Intelligence Unit editor.

Overall, the pandemic also accelerated growth in the cashless payment trend. By 2021, over 81% of the respondents noted that their specific countries might become cashless societies in the future compared to 71% last year.  On the contrary, individuals skeptical about a cashless future dropped to 19% from 28%.

Interestingly, 27% of the survey sample noted that they have constantly used digital payments rather than physical banknotes over the last 12 months, unlike 22% of the previous year. 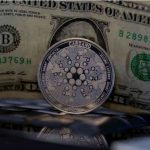