A survey of over 1,000 cryptocurrency investors in the United States revealed 39.7% of digital asset owners had forgotten their passwords.

Since the creation of Bitcoin in 2009, many people have lost digital assets, with those who could not retrieve their passwords losing an average of $2,134, based on research conducted by cryptovantage.com, which collected participants from the Amazon Mechanical Turk survey site.

According to the survey “Coin Storage Security: A Closer Look at Crypto Storage and Passwords,” 39.7% of cryptocurrency owners had forgotten their password at some point. Nevertheless, 95.6% of individuals who lost access to their crypto assets were able to recover their credentials, with 85.7% using a recovery service. On average, those who couldn’t retrieve their passwords lost around $2,000.

“A whopping 95.6% of users who used these services were actually able to recover their money after forgetting a login, <..> This success rate bears the potential to seriously alleviate some fears and trust issues among current and potential investors.”

The survey in numbers

As per the poll results, one out of every ten cryptocurrency owners believes their passwords are now unsafe; it’s estimated 83% of Americans use weak passwords. At the same time, a fifth of those polled said they use a piece of paper to keep track of their passwords, while one out of four uses a password manager. Notably, 61% of the thousand respondents thought they had created a safe password.

The most popular wallet among the thousand respondents (34.7%) was on the Coinbase platform, followed by wallets accessed through Robinhood accounts (26.4%). Binance users made up 24.4% of those polled by cryptovantage.com. These three wallets are all custodial and do not provide users access to private keys.

In addition, the research examined scams involving crypto, revealing that 32.6% of cryptocurrency owners in the United States had been scammed with an average loss of $538.

In general, respondents reported email scams; however, the most prevalent fraud is the bogus smartphone application. Almost always, the impostor website, which resembles a reputable crypto service but takes people’s money, was the costliest cryptocurrency scam.

While one out of ten fell to a mining scam, one of the oldest and most effective methods of stealing Bitcoin. Despite this, the cryptovantage.com study indicates that digital currency investors continue to push forward regardless of the negative experiences.

“Digital investors demonstrated a high propensity to get involved with cryptocurrency even in the face of some major trust issues and bad experiences <..> Even after forgetting passwords or perhaps investing too much, their biggest regret was selling. Doing proper research and trying to take the emotion out of it will be key in any investor’s future.” 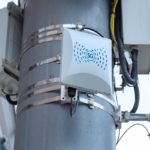