Following the shift towards remote working amid the coronavirus pandemic, about 85% of organizations using Microsoft 365 have encountered email data breaches in the last 12 months.

The study sampled feedback from 500 IT leaders and 3,000 remote-working employees in financial services, healthcare, and legal services across the U.S. and the U.K.

Commenting on the research finding, Software firm Egress CTO Darren Cooper acknowledged that Microsoft 365 had recorded significant adoption amid the pandemic, but the security flaws are evident. According to Cooper:

“Email data breaches are the top security concern for all businesses, and remote working has only exacerbated the risk. Organizations need to take proactive steps now to secure their data using intelligent solutions that can understand an individual user’s behavior and the context in which they’re sharing data to prevent data loss before it happens.”

Furthermore, the researcher points out that those leveraging Microsoft 365 are likely to suffer accidental email while 26% reporting incidents caused by employees sharing data in error through email. In contrast, only 14% of organizations using other suites suffer such incidents.

Interestingly email breaches involving Microsoft 365 tend to have severe impacts. According to the study, 93% of organizations have suffered more negative implications following the breaches, unlike the 84% not using Microsoft 365. 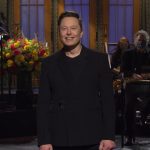 Elon Musk and SNL: Scammers netted over $9 million in DOGE within days (Report)