According to the bank, customers will use the newly added assets for trading, digital custody, FIAT lending against BCH collateral, and earning interest on USDC. Since joining the market in 2018, SEBA has continuously been adding more different assets to its ecosystem.

Before the BCH and USDC support, the bank had already listed Bitcoin, Ethereum, Litecoin and Stellar.  Customers can utilize the asset through e-banking, SEBA wallet, SEBA trade, and FIX API.

The FINMA licensed facility supports individual, corporate and institutional clients with their accounts and omnibus account services, including on-/off-ramping for digital exchanges and Blockchain networks.

The bank has been making moves to blend the cryptocurrency sector and traditional banking. Back in July, SEBA bank partnered with open-source blockchain platform Cordia to offer asset securitization.

With the move, SEBA bank became a pioneering platform allowing clients to issue and invest in blockchain tokens that represent real tradable assets like treasury bonds or foreign exchange contracts.

Early this year, SEBA also announced a partnership with TokenSoft’s European distributor to offer asset tokenization. The partnership was to bridge the gap between traditional and digital financial systems.

The service is expected to be rolled out by the end of the year and available to Swiss clients. There are plans to expand to the Middle East and Asia by next year. 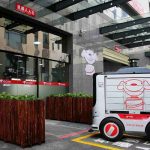