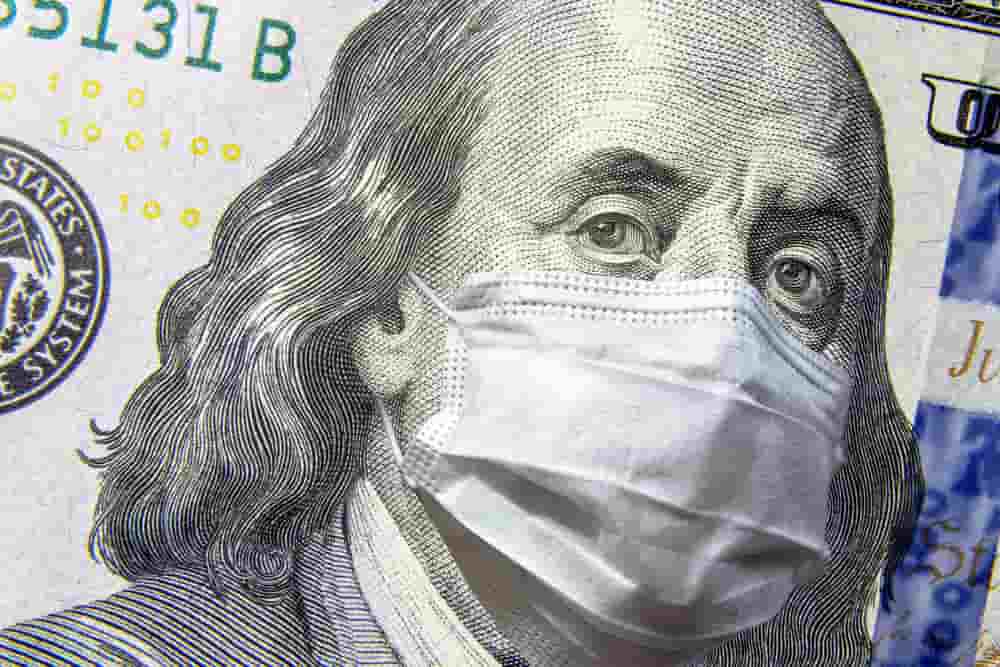 Tech giants have undoubtedly emerged as the biggest beneficiaries of the coronavirus health crisis. While other businesses are in recovery mode, tech companies continue to thrive, recording significant profits.

According to data acquired by Finbold, the top five tech giants recorded average revenue growth of 35.4% between the first three quarters of 2020 and a similar period in 2021. In 2021, Amazon (NASDAQ: AMZN) revenue stands at $332.4 billion, a growth of 27% from $260.5 billion registered in the first nine months of last year.

Apple (NASDAQ: AAPL) recorded a revenue growth rate of 39% while Microsoft (NASDAQ: MSFT) had the least rate at 21%. Cumulatively, the companies have recorded $986.5 billion in revenue. Data on the tech companies’ revenues if derived from their quarterly filings.

How tech giants benefited from pandemic

The revenue growth for the companies is derived from their unique role amid the pandemic. The companies’ products offered consumers the means to navigate the health crisis that was characterized by widescale lockdowns. Generally, most of the companies have been on the rise over the last decade, but the pandemic’s uniqueness has given them a boost.

Interestingly, it was assumed that the reopening of the economy might potentially eat into the companies’ revenues as more people spend time away from home and their devices. However, the revenues potentially indicate that the firms have successfully laid out innovative plans to build on the gains made amid the health crisis making themselves indispensable parts of work and personal life.

The companies also leveraged their reach to offer new products lines delivered over their platforms. For instance, Amazon recently announced the release of new devices to build on its home ecosystem, with Apple increasingly venturing into the service sector.

Furthermore, the ability of the companies to hop onto emerging technologies like 5G and cloud computing has inspired a surge in their revenue. For instance, cloud computing platforms run by Amazon, Microsoft, and Google were highly utilized for remote working, learning, and entertainment during the lockdowns. Elsewhere, with Apple releasing its 5G phone models, it is in line to reap from $60 billion projected to spent by Americans on phones supporting the technology.

Interestingly, the revenue has continued to grow despite the companies facing obstacles in marketing their core products. Over the past year, the global tech industry was hit by supply chain constraints for semiconductors. The shortage delayed the production of computers and phones. For instance, Microsoft had initially indicated that its Surface and Windows products were affected by the constraints.

Worth noting is that the highlighted companies earn revenues in different ways. However, the significant amount recorded has led to criticism of their market influence in the past few years. Consequently, government regulators are expressing concerns about whether they have become too powerful.

The debate regarding market monopoly resulted in U.S. president Joe Biden signing an executive order to promote more competition. The order focuses more extensively on reviewing mergers and acquisitions in the tech sector. One of the major concerns is based on data collection. The tech giants are accused of collecting too much personal information, which is used to cripple smaller competitors.

Questions about the sector’s data violation are highlighted by our previous report that indicated that EU GDPR fines for 2021 Q3 hit €984.47 million, which is almost 20 times higher than cumulative fines of €50.26 million imposed during Q1 and Q2. Notably, Amazon EuropeCore S.à.r.l had incurred the highest fine at €746 million, followed by WhatsApp Ireland Ltd at €225 million.