It was already known that Bill Gates had a short position of $500 million, but Elon Musk stated in a series of tweets on Friday, May 28, that the amount had now risen to between $1.5 and $2 billion.  Musk also tweeted that he has confronted Gates on the short position he holds in TSLA, while the shares have lost over 15% month-to-date.

The debate on the valuation of Tesla will be a point of contention between the bulls and the bears for some time to come as the market cap at the time of writing stands at $786 billion.

Shares of Tesla have had a choppy 2022, currently trading below all daily Simple Moving Averages. With the short position increased and the current stock price at $759.63, the pivot point to the downside could be at $746.65. If the price goes under this level, the stock could have more downside risk.

Similarly, a resistance pivot point to the upside could be around $772.78; if this is broken, the shares may trade higher and bring more pain for the bears.

Tesla vs other major EV firms

Tesla still has a larger market cap than almost all major car brands in the world, such as Toyota, Volkswagen, BMW, GM, Ford, Ferrari, Volvo, and so on.

This can be troubling to defend if the price-to-sales (P/S) ratio is taken into consideration. Namely, Tesla’s rivals generate $1.38 trillion in revenue, thus putting their P/S at 0.56, while Tesla generates $62.19 billion in revenue and has a 13.85 P/S.

Since Tesla is usually dubbed a tech stock, comparing Tesla to Meta Platforms (NASDAQ: FB) could be performed. The EV maker has a price-to-earnings ratio (P/E) of 103.07, while Meta has a P/E of 14.49. Furthermore, Tesla has earned $2.86 per share while Meta $2.72, yet the discrepancy in their market caps and valuations seems huge.

There is certainly money to be made on both the bull and the bear side; however, less experienced investors would be advised to stay on the sideline and track developments. 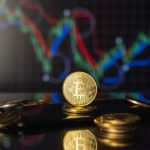