With the current sentiment swings in the markets, investors are looking for new opportunities to invest in, often times using the internet to perform their due diligence.

Meanwhile, a UK-based financial services company analyzed Google searches to understand which stock is the most popular among European investors. This study utilized Google search data and included an examination of how many monthly searches each stock received. It was undertaken by CMC Markets and shared with Finbold on July 28.

Interestingly, the study found that Tesla (NASDAQ: TSLA) is hands down the most popular stock in Europe, with 24 countries out of 27 searching ‘Tesla stock’ most frequently.

A spokesperson from CMC commented on the study results, lauding Tesla as an industry leader.

“We’re seeing Tesla dominate interest in the stock market across the EU. The company is a major player in the stock exchange and an industry leader across the electric vehicle (EV) market. Millions of people want to invest in a company with such a high reputation.”

“There is also the environmental aspect which many people are drawn to. Tesla is a brand that positions itself as eco-friendly, and many people, particularly in the EU, want to associate themselves with brands such as these. As fuel prices continue to rise all over the world, investors are looking to put their money into brands which can offer the best financial return in the future. As the EV market continues to grow, Tesla can be expected to increase in revenue in the future.”

In the end, it appears like EU investors are also looking to Tesla as a market leader in the EV space, evidenced by the sheer number of google searches. Over the last month, TSLA is up over 18%, mostly thanks to its growing revenues and auto sales. 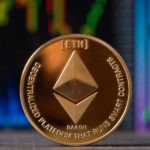