Asia is still a powerhouse for EV battery production, with North America coming in second. Nonetheless, Europe is rising, with EV sales growing the fastest globally. It is evident from the financial and investment activities in the expanded battery plants from BASF, Volvo, Tesla, Audi, and Microvast throughout Europe.

Additionally, the European Investment Bank recently announced a €480 million ($527 million) loan agreement signed with LG Chem’s [Korean chemical company] Poland-based subsidiary enabling the company to expand output at its Wrocław facility from 35GWh up to 65GWh. Its plant in Poland is still operational despite the coronavirus pandemic.

Earlier this March, Volvo formally launched a new EV battery assembly line in Ghent, Belgium. The company said that it would start building the XC40 Recharge at this facility later this year. The vehicle will become its first pure electric car.

Meanwhile, official reports revealed that Tesla has finished clearing the forest, getting ready to build a factory on its Giga Berlin site. Microvast and BASF are following Tesla’s lead to move into this region.

Microvast designs and manufactures ultra-fast charging and long-life batteries for different electric buses. In February, BASF chose a site in Brandenburg for its second European battery materials factory in a part of its €400 million investment.

The company builds active cathode materials in the US, Asia, and Europe. BASF is convinced that by 2025 it can help double the current energy density for EVs.

Brandenburg has more land for development near Berlin with a base of engineering expertise. BASF signed a letter of intent with a nickel refinery, Nornickel, aiming to launch an electric-car battery recycling cluster in the area near Harjavalta, Finland.

Nonetheless, it will take quite some investment to overtake China, which is expected to hit 800 gigawatt-hours of yearly manufacturing capacity by 2023. That will represent almost 67% of global output. 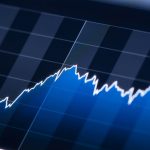