Tesla (NASDAQ: TSLA) is likely to remain one of the hottest stocks in 2021 amid its aggressive growth plans and delivery targets. The world’s largest electric vehicle maker reached its 500K delivery target in 2020, and the company anticipates delivering 1 million vehicles in 2022.

Although Tesla’s stock price rallied more than 720% in the trailing twelve months, the market analysts forecast more upside for the largest electric vehicle giant in 2021.

Wedbush Securities has raised its base price target on Tesla from $715 to $950 and provides a new bull case price target of $1,250. The firm expects Tesla to beat its 2022 deliveries target and anticipates 5M deliveries annually by the end of the decade.

“While there are 150+ automakers aggressively going after the EV opportunity globally, right now in the EV market, we believe it’s Tesla’s world, and everyone else is paying rent. However, the competition will be fierce within EV battery technology (GM and Nio, in particular, stand out) as this represents the key differentiator over time and remains a major focus area for Musk & Co. to maintain its formidable leadership position in the EV market,” Wedbush analyst Dan Ives said.

Tesla has also been investing significantly in growth opportunities, production capacity, and operational performance to meet the demand.

The company plans to open new factories in China and the European region to capitalize on demand. It has also recently registered its Indian entity, with a plan to build a research & development base. 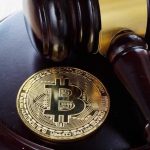