Besides the tragic human consequences that the coronavirus pandemic might cause, the economic uncertainty it has caused is great. It might cost the global economy $1 trillion according to the UN’s trade and development agency, UNCTAD.

On March 16, the Director, Division on Globalization and Development Strategies at UNCTAD, Richard Kozul-Wright, said:

“We envisage a slowdown in the global economy to under two percent for this year, and that will probably cost in the order of $1 trillion, compared with what people were forecasting back in September.”

Mr. Kozul-Wright warned that not many countries would escape unscathed by the outbreak’s financial ramifications as the stock markets took a huge blow. He was speaking while launching the UNCTAD report as the world financial markets crumbled over fears of the supply-chain interruptions from China.

In one ‘Doomsday scenario’ where the world economy grew at just 0.5%, the global economy would take a ‘$2 trillion hit.’ Mr. Kozul-Wright is convinced that the collapsing oil prices are a contributing factor to the escalating sense of unease and panic.

Although it was challenging to determine how the financial and stock markets would react to COVID-19’s impacts, what they indicate currently is that the world is anxious.

It appears like there is a degree of anxiety that is now far beyond the health scares, and that is quite serious and devastating.

Spend to avoid a later meltdown

“To counter these fears, governments need to spend at this point in time to prevent the kind of meltdown that could be even more damaging than the one that is likely to take place over the course of the year.”

According to the senior UN economist, the Chinese Government might introduce considerable expansionary measures, which include tax cuts and increased spending. He added:

“Will the US Government in an election year, which is where we are…also, need to respond in a way other than simply cutting taxes and reducing interest rates? I suspect it will do.”

In Europe and the Eurozone, he said that its economy was already performing badly since the end of 2019.

Europe may sink into recession

The economy in this region was almost sure to fall into a recession over the coming months. The German economy is fragile, while the Italian economy and other parts of the European region are facing severe stresses as the coronavirus takes a toll on them.

Latin America is also vulnerable with Argentina, in particular, struggling due to the knock-on effects of the crisis.

The Least Developed Countries that thrive on the sale of raw materials will also feel the heat. Mr. Kozul-Wright said:

“The likelihood of a stronger dollar as investors seek safe-havens for their money, and the almost certain rise in commodity prices as the global economy slows down, means that commodity exporters are particularly vulnerable.”

In the end, several dedicated policy responses and institutional reforms are required to avert a localized health scare in a Central China food market from causing a global economic meltdown. 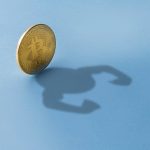