The Wuhan coronavirus outbreak has diluted the optimism in the Hong Kong stock market with the Year of the Rat starting on January 29. The virus might determine whether the city’s stocks will experience a ‘red or black debut’ to the new year. How the Hang Seng Index closes on Wednesday, January 29, will depend on how quickly the virus spreads or is contained.

If this outbreak bites severely during Lunar New Year, the market will drop further, resulting in a ‘black debut.’ But, if the situation is contained, the stock market may rise, offering a red debut.

The Hang Seng Index closed the Year of the Pig down 0.15% at 27,949. That was better than the Year of the Dog, during which it lost 10%. The anti-government protests and the US-China trade war contributed to the volatility over the year. The Index swung by almost 5,400 points in the period.

The last Year of the Rat was in 2008 when the global financial crisis struck severely. But, investors are hopeful that this time the rat will use its traits to escape potential traps and maintain its rise for the rest of the year. Before the Wuhan outbreak, brokers thought a lucky red debut was in store for the Index. But, if it closes lower on the first day, brokers will see the black debut as a bad omen. 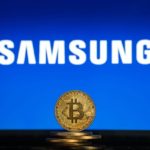 The chairman of the Institute of Securities Dealers, Tom Chan Pak-lam, said:

“I believe it will be a red debut in the Year of the Rat, as the stock market momentum has been strong in the first three weeks of this year. The sentiment is much better than last time round in 2008, during the financial crisis.”

In 2008, the first trading day saw a black debut as the Hang Seng Index lost 3.6%. But, this incoming Year of the Rat is likely to become a different story. The US and Hong Kong markets have improved as trade war tensions eased between the US and China.

Almost 22 initial public offerings (IPOs) have launched in Hong Kong this January. Seven companies made their debut on January 16, making it the busiest day in 18 months. The significant IPO market momentum came after the HKEX’s mainboard came on top of the world listings in 2019. That marked its seventh IPO crown in the last 11 years.

Many analysts and commentators are convinced that year will turn out great despite the threats posed by the Wuhan outbreak. 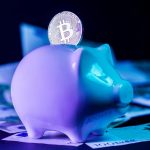