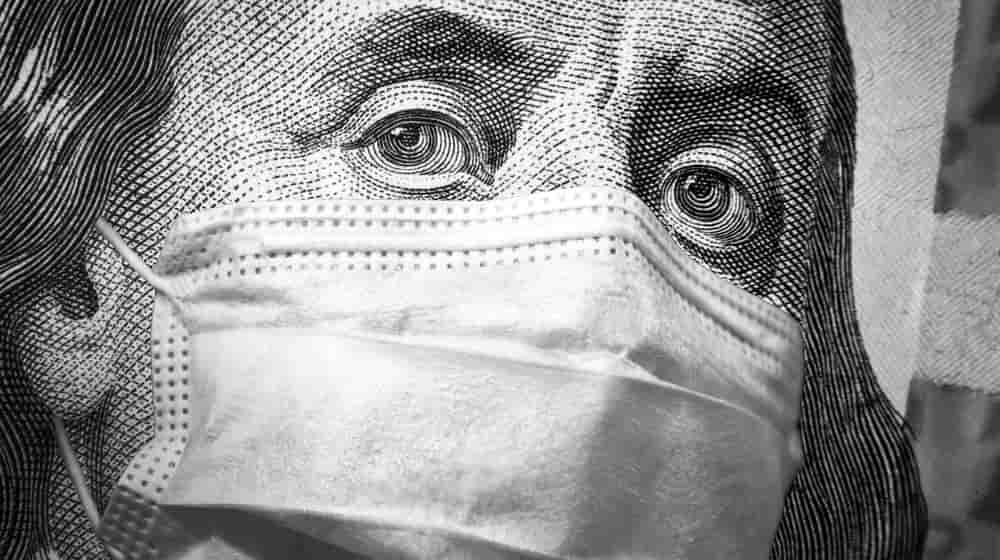 It was an intensive trading day on the world markets on Friday as news has emerged about a new coronavirus variant in the Southern part of Africa.

What do we know about the new Covid variant

By Friday afternoon, the new variant had been confirmed in South Africa, Botswana, Belgium, Hong Kong (2 cases), and Israel. The B.1.1.529 variant was assigned a Greek alphabet letter Omicron and it was first reported to WHO from South Africa on 24 November 2021.

The epidemiological situation in South Africa has been characterized by three distinct peaks in reported cases, the latest of which was predominantly the Delta variant.

However, in recent weeks, infections have increased steeply, coinciding with the detection of the B.1.1.529 variant. The first known confirmed Omicron infection was from a specimen collected on 9 November 2021. According to WHO, this variant has a large number of mutations, some of which are concerning.

Preliminary evidence suggests an increased risk of reinfection with this variant, as compared to other variants of concern. The number of cases of this variant appears to be increasing in almost all provinces in South Africa.

Based on those findings, Omicron is classified as a “Variant of Concern” rather than a lower alert level of “Variant of Interest” given to less significant mutations. South African scientists have identified over 30 mutations to spike protein compared to older variants, and those mutations are of concern because most vaccines are designed to neutralize those spike proteins.

At the same time, there is no evidence of more severe health outcomes from the new variant. On the contrary, the chairwoman of the South African Medical Association on Saturday informed that so far most cases of the omicron has been mild.

Going forward, it will be critical to monitor whether the new variant is able to avoid immune responses induced by vaccinations, as well as if it produces more or less severe disease than previous variants. Markets might dismiss the rapid spread of the variant if it won’t produce severe health outcomes or governments would impose only short-term restrictions.

Relentless Covid waves have battered travel and leisure stocks. Despite infections flaring up in different parts of the world, travel rebound was underway since the middle of the last summer. More and more people have been vaccinated, and travel restrictions started to ease.

With the newest Covid variant on the horizon, airline stocks are especially vulnerable. Delta (NYSE: DAL) and United Airlines (NYSE: UAL) both lost 8-10% in a single day. United is trading at a steeper discount to multi-year price range compared to Delta, mostly because before the pandemic, it commanded a higher share of long-distance flights, particularly for flights to Asia and China (which still is not open to travel).

Meanwhile, Delta had slightly stronger positions in the pre-pandemic fast-growing Southeast region with a home base in Atlanta. It is reasonable to expect that UAL might have a strong rebound once Asian markets fully re-open. Both stocks are almost 30% down from recent peaks.

Another sector posed for high volatility is cruise lines. Cruise lines, compared to Airlines, are slightly less flexible and tend to have higher levels of debt.

One notable example is the largest cruise lines operator in the world – Carnival Corp (NYSE: CCL). It plummeted 11% on Friday (same as the other two heavyweights) and is down a whopping 75% from its peak in 2018. This is a larger drop than airlines (on average at -30-40% from peak prices), and more than Royal Caribbean Cruises Ltd. (NYSE: RCL) which is -50%.

The third large player is Norwegian Cruise Line Holdings Ltd (NYSE: NCLH). Since its peak in 2020, it is trading at -66%. Carnival is trading lower compared to its peers in part because of its massive debt load – almost $27 billion.

One outlier to watch is Lindblad Expeditions Holdings Inc (NASDAQ: LIND). It lost 7% last trading day but managed to breach the pre-pandemic peak level this year.

Lindblad is a highly specialized cruise line with a focus on upper market experience in far-flung corners of the planet: Galapagos, Arctic, Antarctic, etc. It successfully partnered with National Geographic, and as brand new custom build ships were about to join the fleet – the pandemic hit.

The third sector to watch is neither in the air nor on the seas but rather on the ground – amusement parks. We will take a quick look at pure players and will exclude Universal and Disney, who have a much more multifaceted business model (hence both shed only 2.5% in value on Friday).

The first stock to watch is Six Flags Entertainment Corp (NYSE: SIX). Currently trading at 48% of multiyear highs, it had rather an impressive run after the initial fall to $15 at the start of the pandemic; then climbed back to $50 in the spring of 2021. It dropped 4.25% on Friday to $38.29.

Another play might be SeaWorld Entertainment Inc (NYSE: SEAS). It operates, among other, world-famous SeaWorld Orlando and SeaWorld San Diego. It lost over 7% on Black Friday but is the only company in this overview that is trading above pre-pandemic levels (presently $61.58 vs. $36.88 pre-2020).

One more company to follow is Cedar Fair, L.P. (NYSE: FUN), which owns family-oriented classical-style amusement parks across the US and Canada. It trades at a pandemic peak level thanks to strong financial fundamentals and seasonality (all but two of its parks close for the winter season, thus by large avoiding most active flu season). Not surprisingly, it lost less than 2% on Friday, and at current price levels, it is down 30% from the 2017 peak.

Those are pure pandemic plays because of the direct inverse correlation with lockdowns, distancing, or other Covid restrictions. One key factor to monitor is an institutional reaction to the new variant.

Similarly, with crude oil prices, the market showed a willingness to ignore rising covid cases as long as it does not provoke institutional reaction followed by imposing mobility restrictions. If the market will be persuaded that the new variant does not cause more severe illness compared to older variants, travel and leisure stocks dip will be short-lived.

On the flip side, even the idea that vaccinated people can contract the virus or be reinfected would postpone the sector’s full recovery beyond 2022. In that case, stocks might further re-adjust as operating at full capacity is often needed to turn out a profit.