The equity markets have taken investors on a wild ride in the last 15 months. Stocks were under pressure in early 2020 when countries realized the potential impact of COVID-19. As several governments announced economic lockdowns and shut their borders, stock indexes, including the S&P 500, plunged into bear market territory in just over a month.

While consumer demand slumped and unemployment numbers ticked higher, the governments, especially in most developed countries, announced billions of dollars in federal benefits to help individuals and businesses.

The markets then mounted an equally impressive snapback rally to end 2020 near record highs. However, experts believe this rally to be short-lived, and here’s why.

#1 Equity markets are not in sync with the economy

While the global GDP rates were falling in 2020, stock markets were moving higher. Economists believe that the economy and stock markets are not in sync which might result in a massive pullback this year.

Another reason that might concern investors are inflation fears. The U.S. stock markets fell by 2% on Wednesday, driven by higher-than-expected inflation data. The Consumer Price Index or CPI rose by 4.2% year over year compared to estimates of an increase of 3.6%.

Generally, inflation and the stock markets have an inverse relationship. As inflation rises, federal banks will increase hike interest rates resulting in an outflow of equity investments.

The recent rally in equities was primarily driven by technology stocks that were on an absolute tear.

The pandemic acted as a tailwind for tech stocks across verticals including e-commerce, cloud computing, gaming, online streaming, and collaboration. However, this has also resulted in steep valuations of tech stocks which might make investors nervous given the sluggish macro-economy.

Further, investors should expect a deceleration in top-line growth for these companies as economies reopen and normalcy resumes. 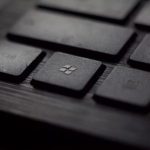