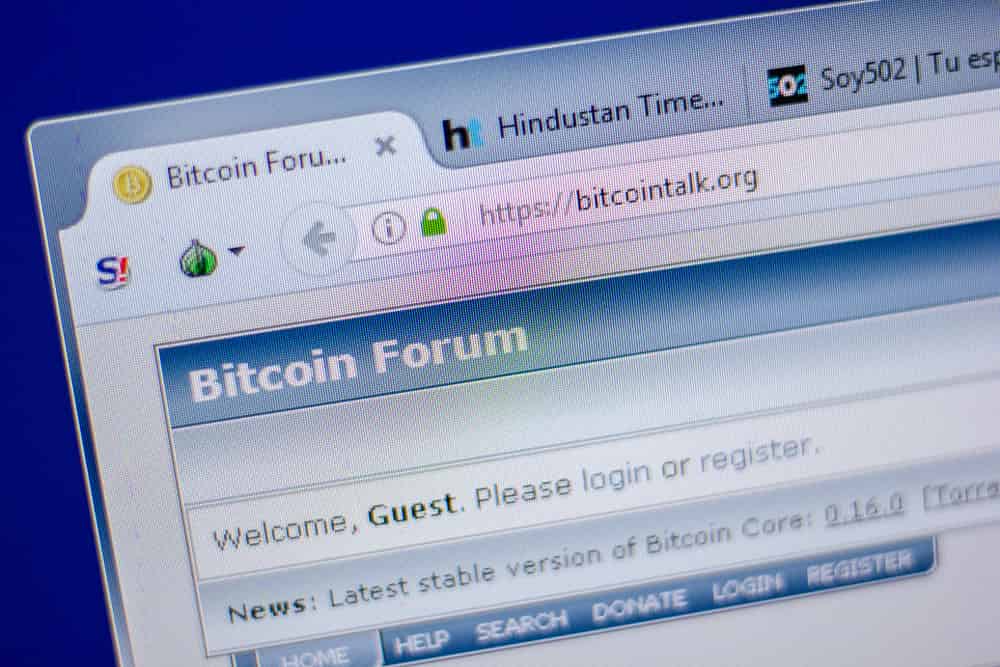 Before officially unveiling Bitcoin, the cryptocurrency’s anonymous founder Satoshi Nakamoto utilised the Bitcointalk.org forum to share his vision while sourcing ideas from community members. The forum is a historical key source of information on the blockchain, Bitcoin, and cryptocurrencies in general.

The Bitcointalk.org posts indicate some of Nakamoto’s aspirations with Bitcoin alongside his early concerns about adopting the asset at an infancy stage.

Through his Twitter account, ARK Investment Management analyst Yassine Elmandjra has sampled some of the gem posts made by Nakamoto and other community members from over a decade ago.

#1 The problem with conventional money

The first gem is from the introductory post on February 11, 2009 where Nakamoto detailed the motivation behind the development of Bitcoin, citing the new protocol as a solution to the shortcomings of traditional money.

According to Nakamoto, the traditional currency has a history of breaching trust involving players like central banks.

“The root problem with conventional currency is all the trust that’s required to make it work. The central bank must be trusted not to debase the currency, but the history of fiat currencies is full of breaches of that trust. Banks must be trusted to hold our money and transfer it electronically, but they lend it out in waves of credit bubbles with barely a fraction in reserve. We have to trust them with our privacy, trust them not to let identity thieves drain our accounts,” the post reads.

This view by Nakamoto has evolved with crypto proponents citing it as the reason behind the push for Bitcoin adoption. The ability of central banks to print money without checks has also been criticised, especially in the wake of the pandemic.

The second gem is from a post on February 26, 2010, where Nakamoto sought the community’s input while developing the Bitcoin logo. His suggestion of a B symbol with two lines through the outside has become the official Bitcoin emblem while influencing the logos of new emerging crypto assets.

The third gem can be retrieved from a December 5, 2010 post where Satoshi cautioned that the Bitcoin project should be allowed to grow gradually from the infancy stage.

“The project needs to grow gradually so the software can be strengthened along the way,” Satoshi posted.

Of Interest, Nakamoto warned whistleblowing website Wikileaks from using Bitcoin since the move would destroy the idea. He cautioned that Bitcoin would have been destroyed at the early stage by being utilised by such a large organisation.

Another notable post is by a user on the forum who opted to try out Bitcoin in a transaction. The user who made the post on January 24, 2010, intended to sell a picture for 500 Bitcoins, equivalent to almost $1, after deducting transaction fees at the time. Notably, by press time, the same amount of Bitcoin was valued at over $14.8 million.

Based on the current state of the crypto market, it can be assumed that Nakamoto’s invention has inspired the development of other thousands of cryptocurrencies.