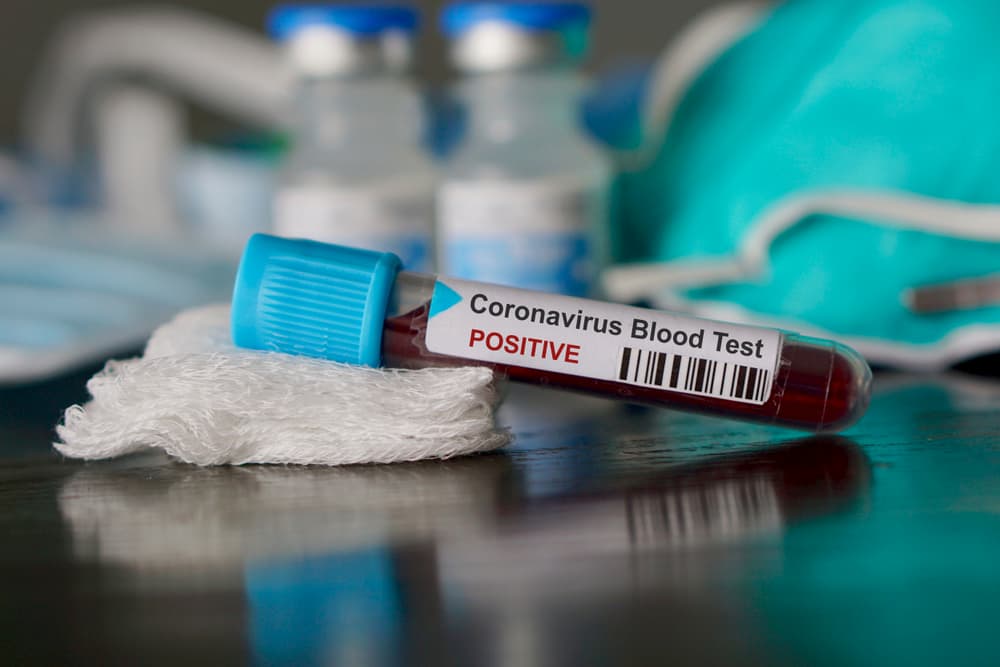 The number of coronavirus cases confirmed around the world approached 100,000. More infections were reported in France, the United States, South Korea, Germany, and parts of Africa. In that context, even a meeting of senior European Union diplomats was cancelled.

The rally in bonds is gathering steam. The 30-year Treasury yields dropped below 1.5% for the first time while the yields on the 10-year fell to a record low. European stocks hit a fresh low for the year as the US futures showed another possible day of losses.

As the coronavirus spreads across the world, some governments are taking stern measures trying to contain it.

In Italy, all sporting events will now take place behind closed doors for the next month. Schools and universities will close until March 15, as explained by the Italian authorities.

Italy is among the 13 nations that have ordered nationwide closures for schools due to the COVID-19 290.5 million children are now affected around the world, according to UNESCO.

Nine other countries have introduced localized school closures with another 180 million children potentially at risk.

Iran is contending with a severe outbreak and has kept 14.6 million children at home while Italy’s tally is around 9 million. Interrupted learning causes children and youth to miss opportunities for growth and development, according to UNESCO.

Parents also stay at home, causing a significant impact on the economy with the strain on institutions trying to keep open increasing severely. Although digital learning portals can address the challenge, they are not available everywhere.

The Serbian Health Minister Zlatibor Loncar said on March 6 that the country had tested and confirmed its first case of the coronavirus. A 43-year-old man, who travelled to Budapest, was diagnosed with the deadly virus as reported by the health minister.

The man in question complained that he was feeling unwell and was displaying the symptoms of this virus. After thorough testing, the doctors confirmed that he has it and has since been put in quarantine while receiving treatment.

The Vatican momentarily closed its clinic after a patient tested positive for the coronavirus. Vatican City is home to almost 600 people, including Pope Francis. Spokesman Matteo Bruni acknowledged that the discovery was made on March 5, which resulted in the closure of the clinic areas for sanitization.

Bruni said that the clinic’s emergency services would continue, and the Vatican has already informed the Italian health authorities. For now, the authorities are studying further measures to prevent contagion, which includes the closure of public events in St. Peter’s Square that draw large crowds.

Pope Francis tested negative for the virus earlier in the week.

Cameroon was not spared

The first COVID-19 coronavirus infection was confirmed in Cameroon, according to reports from Reuters citing the country’s Ministry of Health. According to that report, the patient is a 58-year old French national. The individual came to the Cameroon capital, Yaounde, on February 24.

Iranian oil minister hit out at other nations for not declaring their confirmed coronavirus cases. Iran is the worst affected country in the Middle East with 1,234 new cases. That has taken the total to 4,747 patients, and the total fatalities stand at 124 currently.

While it remains unclear which countries Zangeneh was referring to, both North Korea and Turkey have been under scrutiny for alleging that they have no diagnosed cases.

One of the epicentres of the coronavirus, Hubei, has passed a completely new law that forbids the consumption of any form of wildlife, including the animals bred by farms. Experts are convinced that the country’s coronavirus outbreak resulted from such practices.

The new law also prohibits people from producing, processing, and even trading wild animals. Also, nobody is allowed to encourage others to eat any of the banned species.

Bhutan said on March 6 that it had banned the entry of tourists for two weeks after confirming its first case of the coronavirus on a tourist who came from neighbouring India. The tiny Himalayan kingdom heavily relies on tourism for revenue generation.

However, the authorities took these drastic measures to protect its people. Official reports indicate that a 79-year old American entered by Air from India on March 2.

He has tested positive for the virus and has since been put in quarantine. Several schools have been closed, and conferences have also been postponed.

The coronavirus outbreak has caused struggling Japanese automakers to order plant closures partially, which might prolong their troubles with parts procurement in China. Hence, the companies may change their production plants, as explained by industry analysts.

The companies that are already experiencing sale slump are also contending with delivery delays with some of the vehicle models taking longer than expected to restart productions and shipping. The virus has driven new buyers away from showrooms, and the shareholders may soon feel the heat.

Due to the global worries about the on-going Novel Coronavirus (COVID-19) situation, the organizer of ConnecTechAsia, Informa Markets, announced that they would postpone the 2020 edition.

Mercedes-Benz is prepared to deal with coronavirus

The global automobile industry is ready to deal with the effects of the coronavirus outbreak. The strong supply chain management mechanism can withstand disruptions as it was shown in the past when the tsunami hit Japan in 2011.

Managing Director and CEO, Mercedes-Benz India, Martin Schwenk is convinced that the auto industry can withstand and mitigate the effects arising from the coronavirus spread.

Apple and Google are taking extensive measures to prevent the spread of misguided and unproven information from apps. Apple is rejecting all coronavirus-related mobile apps that are not from health organizations or the government.

On the other hand, Google Play is blocking all searches for coronavirus, although it is not clear if it is completely blocking app approvals.