The recent growth in esports is resulting in competition organizers setting up significant prize money for players. As a result, the players are ending up earning substantial amounts for the relatively new sport.

According to data acquired by Finbold, the top ten players in esports globally cumulatively earned $53.16 million in prize money as of July 2021. All the players are Dota 2 gamers which have emerged to be the highest paying game.

Danish professional player N0tail has earned the highest amount at $6.98 million, followed by Finland-based JerAx at $6.47 million. Australian ana ranks third at $6 million, followed by Ceb from France at $5.57 million. Interestingly, players from the United States and China did not rank in the top ten category. The data on esports player earnings provided by esportsearnings.com.

Why esports player earnings are significant

The significant amount earned by the esports players reflects the recent growth in the sector. Esports recorded significant popularity amid the coronavirus pandemic, with the industry’s business model changing amid a growing audience. Overall, the esports industry has become a substantial revenue-generating industry attracting the world’s best gamers rewarded with significant amounts in prize money.

It is worth mentioning that, due to the growing popularity of esports, the highlighted players have had to wage tough competition to win the prize money. However, based on the significant earnings, it is clear the industry has potential considering it is relatively new.

The prize money winnings also correlate with vital forces in the industry. For example, games like Dota 2 increase prize money each year while solidifying themselves as the games with the biggest prize pots.

Several players have shown consistency over the years to emerge as the biggest prize money winners. For instance, N0tail rose to prominence in 2019 after leading his team OG to victory. He has managed to sustain his gains highlighting the seriousness and rewarding nature of esports.

Other forms of revenue in esports

Besides the prize money, thousands of players make an additional income by building their brand and fanbases. The current esports business model depends partly on sponsorship deals. Additionally, broadcast revenue is also emerging as an option for earnings.

Elsewhere, players and their teams are also banking on merchandise sales to raise money. Some professional players offer fans apparel, accessories, and gaming equipment through their respective websites at a fee to show support.

From a broader perspective, esports revenue mainly relies on consumer behavior. Unlike previously, consumers buy fewer games than in previous decades but spend more time with those games. In return, the business model is shifting from a single unit to recurring revenue generated from a base of active users.

With the advancement in the esports sector, the game is in line to getting the same attention as the more traditional sports. 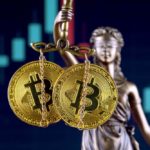