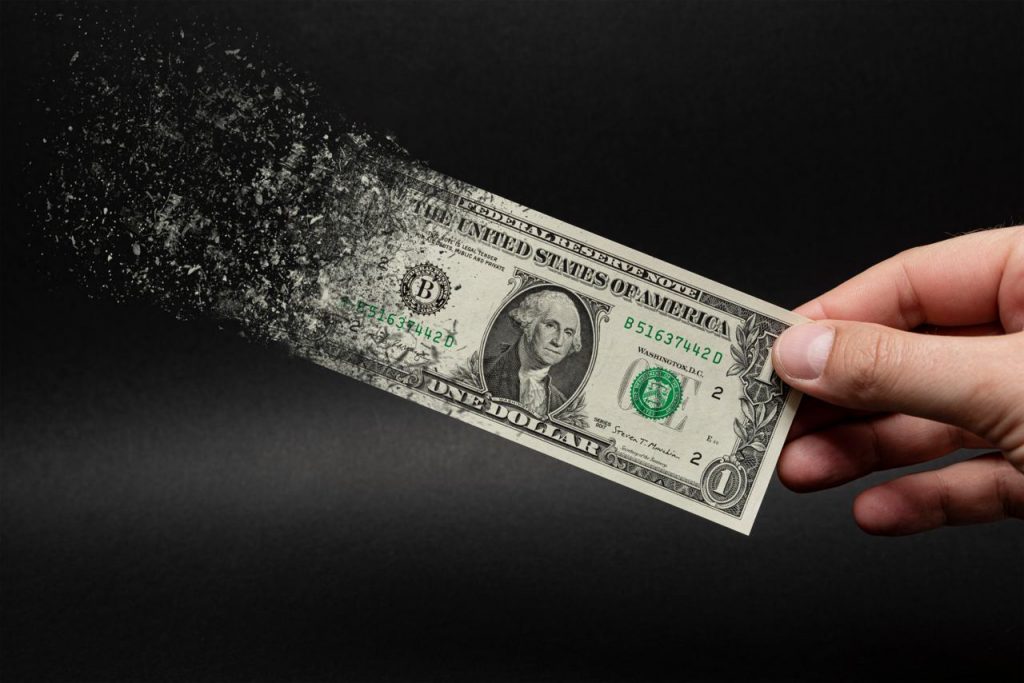 Inflation hit a 40-year high of 8.5% in March 2022, intensified by price spikes amid the Russian invasion of Ukraine. In general, when interest rates rise due to inflationary pressures, financials, more specifically banks tend to perform well.

The idea is that banks can raise the rates at which they lend out money which will, in turn, improve their profitability. However, not all financials are created equal; companies with significant consumer credit balance sheets could struggle when inflation rises.

The Federal Reserve (Fed) has an important role to play in tightening the markets, so keeping an eye on what they do will help investors predict where markets could potentially head. The following three stocks could potentially weather any storm that could be brought on by rising inflation or an overly aggressive Fed.

In essence, Berkshire is a diversified financial company more akin to an exchange-traded fund (ETF), but it trades like a stock. It is a well-respected company run by the legendary Warren Buffett. The company is well-diversified, holding insurance, freight rail transport, utility business, and numerous other holdings.

Various bank holdings the company possess could help increase returns during these difficult periods. Even Buffett himself spoke highly of their bank holdings, stating: “I feel very good about the banks we own. They’re very attractive compared to most other securities I see.”

The stock has been performing fairly well in recent months, continuing its march upwards for the year. Only in the last couple of trading sessions has the stock dipped below the 20-day Simple Moving Average, potentially offering a solid entry position.

Analysts are on the sidelines with the stock giving it a hold rating, citing an average next 12-months price of $356.67. The average price would offer a potential increase of 3.58% from the current trading price of $344.33.

The most bullish price is not far off from the average one indicating that there are low expectations of the stock appreciation; however, the defensive nature of the stock should not be underestimated.

UBS is a global wealth manager offering corporate and personal banking services. Their most recent earnings saw the company record an operating income of 11% year-on-year with net new money in the asset management of $16 billion.

Quarterly figures show that the bank’s full-year profits went up to $7.46 billion, which is 14% higher than in the previous year.

The stock’s performance see-sawed during 2022, but it is up from a heavy drop it had in March. Currently, the stock is wedged between the 20 and 50-day SMA above and the 200-day SMA below. If the stock bounces off of the 200-day SMA line it could signal a potential upswing.

Trading volumes in April have fallen compared to March when a huge sell-off took place; however, April volume is more in line with the averages.

Analysts are bullish on the stock giving it a strong buy rating predicting that the average next 12-month price will be $25.47. Potentially the price could see an upside of 44.63% from the current trading price of $17.61.

More bullish analysts give the stock a price target of $52.68, which the stock could reach if it continues growing its earnings.

Citigroup is in the middle of repositioning by selling off parts of its consumer business and reinvesting in the strong parts of its business, corporate banking, and wealth. Shares are trading at less than tangible book value, with the most recent earnings beating estimates.

The stock is trading lower in 2022 due to inflationary and war worries falling 15% in 2022. Far from the 20-50-200-day SMAs, the stock is creating new lows; however, recent earnings should propel the stock higher, a break above 200-day SMA could be a positive signal.

Analysts give the stock a moderate buy, with the average next 12-months price predicted to be $70, which is a potential increase of 37.44% from the current trading price of $50.93.

Traditional investment wisdom dictates that dividend-paying stable businesses in the value category are the best bets against inflation, along with gold.

The above mentioned stocks would tick all of the boxes and could potentially supplement an investor’s portfolio who is looking to hide away from inflationary pressure.