The crypto market has generally experienced a considerable rally in the last two weeks, with most assets registering short-term buying pressure. The trend has resulted in a general bullish sentiment for the market’s prospects, creating a notion that an altcoin season might be in play.

In this line, crypto trading expert Michaël van de Poppe has suggested that most altcoins are gearing up continuation of an upside rally.

“The altcoins most are eager for continuation but we are definitely looking for some consolidation on the market to take place. It is looking quite good and I think that we are on the edge of a big breakout across markets,” he said in a YouTube video posted on November 4.

The expert identified the following altcoins as key ones to look out for.

With BNB trading at $354 by press time, Poppe suggested that the token is in line to continue with an upside trend, having gained by over 15% in a week. Similarly, the technical analysis of the token is dominated by positive sentiments pointing to buying.

MASK has gained by a whopping 12% in the last 24 hours, trading at $5 by press time, and Poppe noted that the token has several possibilities for the upside, setting the next price target at $5.50. However, according to the expert, if MASK corrects to $4, it will trigger longs for the token. His projection aligns with MASK technical analysis that favors the coin’s accumulation.

With Dogecoin emerging as a standout token in the last two weeks, the expert stated that investors in the meme coin should express patience and await the asset to reclaim critical levels. However, he noted that investors need to remain cautious, especially after the token traded on the downside after hitting highs above $0.13.

Overall, the meme coin, trading at $0.29 by press time, has made gains of over 23% in a week, with positive technicals.

Elsewhere, with MATIC remaining rampant over the last week, reclaiming the $1 level, Poppe stated that the target of $1.30 is still in play. At the same time, the technicals highlight a bullish sentiment around MATIC.

The next altcoin fronted by Poppe is LINK with the expert noting that the token is in line for a big breakout that could result in a run toward $11. By press time, LINK was trading at $8.70 with weekly gains of over 20%. However, he warned that LINK might retest the $7.8 level before rallying at the point technicals are exhibiting bullishness.

In general, the crypto market rally has been inspired by Bitcoin (BTC) which breached the $21,000 level to the upside in the wake of the United States job data. However, the market might be weighed down by the prevailing macroeconomic conditions. 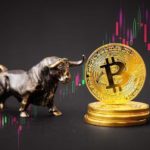