On August 8th, the US Treasury Department imposed sanctions on Tornado Cash, stating that several hacker groups, one of which is North Korea’s Lazarus Group, had utilized the site to launder billions of dollars.

Two days later, the Dutch authorities placed Pertsev, who was a resident of the Netherlands, under arrest on the suspicion of “involvement in concealing criminal financial flows and facilitating money laundering.”

The developer of the cryptocurrency mixer Tornado Cash, Alexey Pertsev, reportedly formerly worked for a business that had ties to the Russian federal security service (FSB), according to a report published by the intelligence firm Kharon on August 24.

The sanctions caused outrage among those who use crypto all across the world, who were worried that the United States government was going after an open-source software program.

Meanwhile, the recent disclosures of Pertsev’s history lead to a picture that is more cloudy, and specialists in the field of national security have suggested that the general public does not have entire knowledge regarding the sanctions.

Alex Zerden, an adjunct senior fellow at the Center for a New American Security, said that:

“This opens up a lot of credibility issues for the developers of Tornado Cash. This is pretty profound information that informs why the U.S. government and Dutch authorities have taken certain actions.”

According to the Kharon report, Pertsev is the founder and CEO of the business PepperSec, a Delaware-registered corporation, which is responsible for developing the software that powers Tornado Cash.

As per the findings of the company, Pertsev worked for Digital Security OOO in 2017 as an information security expert and as a developer of smart contracts. Digital Security OOO is a Russian organization that the Treasury Department classified in 2018 as providing material and technical assistance to the FSB as far back as 2015.

“You had this guy working for [Digital Security OOO] and doing pen testing himself, and then Treasury designated the company for helping the FSB’s hacking capabilities.”

The unprecedented action taken by the Treasury Department in August to sanction the open-source Tornado Cash was met with criticism from security and compliance professionals.

Meanwhile, Johns Hopkins University professor of computer science Mathew Green re-uploaded the code for the mixing service on GitHub days after the platform’s suspension over the alleged facilitation of money laundering.

The scholar stated that the move to upload the code is aimed to facilitate teaching and research focusing on elements like cryptocurrency privacy.

Other individuals cited a lack of guidance regarding how the move would affect normal citizens who use the privacy-focused service, as well as implications for governmental action against open-source software, as opposed to the traditional targets of persons and entities.

Finally, Republican Tom Emmerwrote in an open letter to Treasury Secretary Janet Yellen that the penalties “impact not only our national security but the right to privacy of every American citizen.” 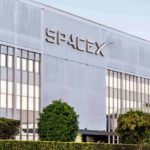