Twitter (NYSE: TWTR) and Facebook (NASDAQ: FB) rank as the pioneer social media platforms accounting for billions of users globally, with the two companies competing to be the ultimate leader in the space. However, in recent months, both platforms have recorded a fluctuation in the market share, with Twitter appearing to have the upper hand from a growth perspective amid ongoing internal administrative changes.

In particular, data compiled and calculated by Finbold on November 8 indicates that Twitter’s market share has surged by 55.86% in 2022. On the other hand, Facebook’s share plunged by 11.86% between January and November 2022. The market share value accounts for desktop and mobile devices worldwide.

From the data, Facebook remains the dominant social media platform, but Twitter is winning the race to expand its market share. Twitter’s share has spiked in correlation with the company’s acquisition by Tesla (NASDAQ: TSLA) CEO Elon Musk, who has already begun implementing several changes at the company.

Based on the market share data across the year, it can be assumed that Musk has influenced the numbers; for instance, the share spiked around May when the deal was first announced but appeared to plunge after he initially backed out.

In general, the growing market share is a welcomed development considering that a recent report signaled challenging times for Twitter for losing its most active users. Notably, this factor was among the critical areas of focus for Musk after taking over. In this case, the Tesla boss has proposed changes to the Twitter Blue subscription feature. Under the changes, Twitter has rolled out an option to purchase “verified” blue badge for $7.99 a month to incentivize people to interact more.

However, Musk’s initial involvement with Twitter has come with objections from some quarters and will test the company’s ability to sustain its market share. For instance, employees had objected to the deal even as Musk initiated layoffs in his first week. At the same time, Musk’s stand on free speech on the platform has been questioned, a factor likely to affect both users and advertisers.

Besides the Musk factor and promises to make a change, Twitter’s growth can also be attributed to elements like changing the design. Although the company received criticisms for changing its appearance, the move to have the horizontal navigation menu shift from the top of the screen to the left-hand panel has appeared successful.

Interestingly, Twitter has previously been scrutinized for attempting to emulate Facebook, especially with the rollout of its stories-like Fleets. However, Twitter resorted to shutting down the feature due to a lack of user interest.

At the same time, Twitter’s content diversity appears to appeal to most users. Notably, the platform supports cryptocurrencies alongside enabling “not safe for work” (NSFW) such as nudity and pornography.

At the same time, Facebook’s market share has been affected by the growing competition with newer social media platforms like TikTok. In this line, the company is losing both users and advertising revenue to rivals like TikTok.

Overall, Facebook has struggled with users over the years, with experts pointing to factors like information overload, privacy concerns, addiction, peer pressure, and the emergence of new platforms. Facebook’s dominant focus on promoting the metaverse has yet to yield results despite the aggressive push by CEO Mark Zuckerberg.

Finally, Facebook and Twitter’s ability to sustain and grow their market share will depend heavily on how the platforms intend to attract new users amid the rising competition. For example, the competing platforms offer similar features to Facebook, giving users alternatives.

Twitter has managed to stand out, considering that there is no solid option for the Musk-led company. Notably, Twitter has dominated as a uniquely influential site that is fast-moving, text-heavy, conversational, and news-oriented. 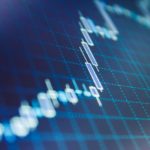 AST SpaceMobile jumps over 10% on multiple factors; Is ASTS stock a smart buy?