While appearing on the Bitcoin, Energy, and the Environment podcast by Troy Cross on June 26, the company’s Lead Rates and Regulatory Strategy Analyst Justin Orkney confirmed the ongoing research into Bitcoin mining, noting that the results will explore how to onboard miners on the grid before rolling out to the masses.

Before publishing the final report, Orkney stated that the company would leverage its micro-grid supplied with different energy sources to conduct test runs involving several levels of miners.

“We are exploring general customer phasing concepts <…> I’m working on a Bitcoin demand response study about including Bitcoin mining capacity in our system with an eye toward the demand response functionality <…> We are hoping to do a technology test,” Orkney said.

According to Orkney, the company has already developed a demand response report for the winter peak, and the focus is now on Bitcoin. Notably, a demand response functionality entails consumers’ electricity usage changes in response to high-use seasons as part of decreasing demand on the grid while maintaining electricity reliability.

He added that the company’s grid serves other demand response initiatives for different industries, and Bitcoin mining is an ideal candidate. At the same time, the official stated Duke Energy grid already hosts several Bitcoin miners on a small-scale basis.

Notably, several states in the U.S. are exploiting the idea of demand response as part of improving power supply and minimising outages. For instance, Texas Governor Greg Abbott welcomed crypto-miners to the state, noting that they can strengthen the electricity grid through demand response programmes.

Bitcoin mining has been criticised for excessive energy use while leading to environmental degradation. Critics of the industry have maintained that the sector should be abolished.

However, initiatives like demand response are viewed as part of the solution to avoid putting a strain on existing power infrastructure. Notably, Bitcoin energy usage has dropped recently as the crypto market plunged to new yearly lows. 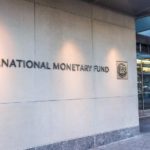