The petition that Tether (USDT) presented to the supreme court of the state of New York asking permission to block the public from viewing documents that explain the composition of Tether’s reserves over the last few years has been refused.

In particular, the decision and order on motion with the ‘leave to file’ decision was posted by Crypto Whale, who tweeted the documents on May 17.

In February, attorneys representing the stablecoin issuer Tether and its parent firm, iFinex, struck back against CoinDesk by entering a court lawsuit between the publication and the office of the New York attorney general’s office (NYAG) stating:

“The records at issue here include Bitfinex and Tether’s closely guarded, non-public internal records that were developed at considerable expense and could not be acquired by its competitors other than through this FOIL request.”

Tether is the biggest stablecoin issuer in the crypto markets, with more than $74 billion worth of tokens in circulation and accounting for almost half of all transactions against Bitcoin on centralized exchanges, according to CoinMarketCap data.

A year ago, the company paid $18.5 million to the (NYAG) for its role in Bitfinex’s effort to cover up an $850 million hole in its payment processor, Crypto Capital Corp.’s finances.

A press statement from New York Attorney General Letitia James said that Bitfinex and Tether “recklessly and unlawfully covered up massive financial losses to keep their scheme going and protect their bottom lines,” referring to the settlement.

Tether and Bitfinex must also file quarterly asset disclosures. After Tether delivered its balance sheet to the NYAG, CoinDesk requested the reserves under FOIL. However, in August, Tether filed a lawsuit against the NYAG’s office, alleging that disclosing its financial statement would “tilt the competing playing field against Tether.”

In a statement published on February 4, Tether said:

“The settlement specified what information should be disclosed publicly (such as a breakdown of Tether’s reserves by category) and what should be disclosed privately to NYAG (such as particular investment details). The private aspects are those that no business would publish for the competition to exploit.”

In August, Tether and iFinex, which also owns the cryptocurrency exchange Bitfinex, petitioned the New York State Supreme Court to prevent the office of the state’s attorney general from supplying CoinDesk with records showing its reserves. 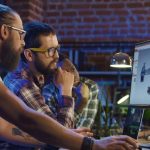