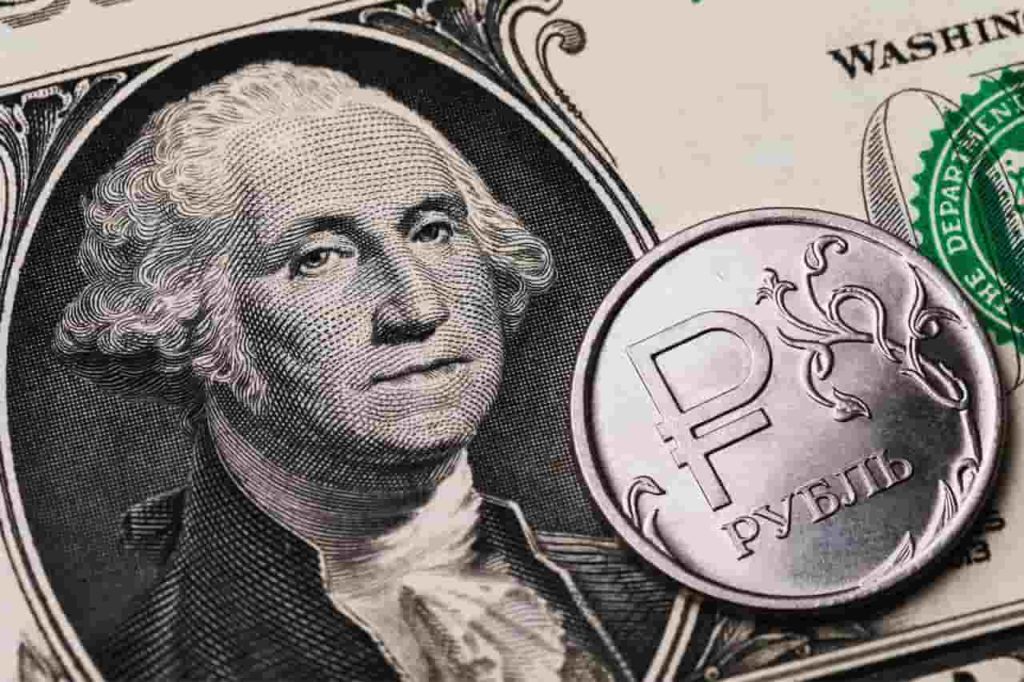 As the broader financial markets worry about inflation and possible additional tightening, the U.S. dollar reached its highest level since November 2002. More specifically, the trade-weighted U.S. dollar index reached its 20-year high, an index that measures the dollar’s performance against a basket of other currencies, most notably the Euro, Yen, and Pound.

Similarly, the Bloomberg Dollar Spot Index, an additional measure of dollar strength that tracks its performance against ten global currencies, reached its highest level since April 2020, when the Covid-19 scare began.

Meanwhile, the Russian ruble remains the best-performing currency this year, after the Russian government imposed capital controls, although not many could have earned on this trade.

Further, steps taken by Russia after Western sanctions were imposed have seemingly helped the currency stave off a disaster.

Exporters were forced to sell foreign exchange, and Russia is demanding that buyers of their natural gas pay it in rubles. What is even more peculiar is that Turkey and Argentina tried similar measures to control their currencies and have not had the same effect at all.

Presently, the idea that the ruble’s recovery has to do primarily with increasing commodity prices is the prevailing opinion among experts such as Tatiana Orlova, lead emerging markets economist at Oxford Economics, who shared her opinion speaking with CBS news. Since oil and gas that were at elevated levels before the war in Ukraine jumped exponentially after the Russian invasion.

“Commodity prices are currently sky-high, and even though there is a drop in the volume of Russian exports due to embargoes and sanctioning, the increase in commodity prices more than compensates for these drops,” she said.

On the whole, it is difficult to gauge how long the ruble rally will last and the same can be said about the rise in the value of the US dollar.

Inflation is eating away at consumers buying power, and energy prices are high. Additionally, brain drain and lack of trading partners with the West might put additional pressure on Russia down the line, which should put a cap on the ruble rally.