The U.S. presidential election and the weakness of the dollar will be “high-octane drivers” for the Bitcoin price for the rest of 2020, affirms the CEO of one of the world’s largest independent financial advisory and fintech organizations.

The prediction shared with the Finbold editorial team from Nigel Green, chief executive and founder of deVere Group, which has $12bn under advisement, comes as the election campaigning moves into a critical phase after Joe Biden formally accepted the Democratic nomination

It also follows the dollar hitting a two-year low last week over concerns about the health of the U.S. economy.

Mr Green says: “Bitcoin is already one of the best-performing assets of the year, up around 70% year-to-date.

“We can expect the world’s largest cryptocurrency to be further fuelled for the rest of 2020 by the U.S. presidential election and the weakness of the U.S. dollar, which will serve as high-octane price drivers.”

He continues: “A U.S. presidential election always stirs uncertainty – but 2020 is seen by many as particularly important as not only will whoever wins be the CEO of the world’s largest economy, they will be in that role as the world economically readjusts following the global fallout of coronavirus.

“As uncertainty heightens, investors will pile into safe-haven assets, in particular those not tied to any specific country, such as Bitcoin and gold.

“Bitcoin is currently realizing its reputation as a form of digital gold. Up to now, the precious metal has been perceived as the ultimate safe-haven asset, but Bitcoin  – which shares its key characteristics of being a store of value and scarcity – could potentially knock gold from its long-held top spot as the world becomes driven by the tech revolution.”

Nigel Green has also said that decentralized, non-sovereign, secure digital currencies, including Bitcoin, will become more attractive to investors as they will offer a hedge against turbulence in traditional markets.

The deVere CEO goes on to say: “Printing of historic sums of helicopter money that’s pushed into the financial system has devalued the dollar and prompted inflation fears.

He adds: “The greenback could be in for a short-term boost, but in the longer term there are expectations it’s on a downward trajectory and that it could ultimately lose its global reserves status – and this environment will provide a powerful boost for the price of Bitcoin.

“This explosive combination together with a growing number of millennials and Gen Z investors moving into digital assets could provide the perfect landscape for a multi-year bull market,” he notes.

Mr Green concludes: “History will show that 2020 was a breakout year for Bitcoin.” 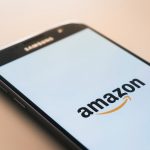