On May 21, AstraZeneca Plc announced that it acquired over $1 billion from the U.S. government. The money would be used to create an experimental Covid-19 vaccine from the University of Oxford, according to Bloomberg. That is a significant enhancement one of the fastest-moving projects globally, aiming to develop a shot.

That investment accelerates the race to secure vaccine supplies. It is a significant step forward towards restarting global economies after a lockdown-induced major slump. Notably, the stock markets have been quite volatile on developments in research labs as investors review the prospects.

The U.S. Biomedical Advanced Research and Development Authority gave the U.K. drugmaker that money to secure the capacity to make 1 billion doses. AstraZeneca’s vaccine candidate is still in human trials without any guarantee of success. But, the company said that it expects to have shots ready by September 2020, as reported by Inews.

The funding is part of the Operation Warp Speed effort to secure vaccines for the United States, according to a statement from the Health and Human Services Department. Under the current agreement, Astra can get up to $1.2 billion, and the U.S. expects 300 million doses by October.

“The U.S. is making multiple major investments in developing and manufacturing promising vaccines long before they’re approved so that a successful vaccine will reach the American people without a day wasted.”

Oxford’s vaccine joins the other three candidates in receiving BARDA support. The American agency provided funding for Sanofi, including $30 million for a COVID vaccine and a $226 million award in December 2019 to increase its influenza vaccine production capacity.

The Chief Executive Officer of Sanofi, Paul Hudson, told reporters that the first successful COVID-19 vaccines would go to Americans. Sanofi later stated that it would avail the vaccine everywhere.

AstraZeneca CEO Pascal Soriot said that his company’s priority is to supply the United Kingdom with vaccines. Astra aims to make up to 30 million doses for Britain by September. It has committed to deliver up to 100 million of these doses in 2020.

Astra is working with the Coalition for Epidemic Preparedness Innovations and Gavi, the World Health Organization, and the Vaccine Alliance to ensure that it is allocated fairly. The company confirmed that it has a supply agreement for over 400million doses. A spokesperson wrote in an email:

“Several more agreements are expected to deliver AstraZeneca’s commitment to ensure global access. These agreements are happening in parallel to ensure broad and equitable supply of the vaccine throughout the world at no profit during the pandemic.”

Reports suggest that the U.S. funding will support a final-stage clinical trial comprising of 30,000 participants and tests in children. The potential effectiveness of the Oxford vaccine was questioned after early results in monkeys were released.

The Oxford shot protected animals against severe infections. But, these results were quite weak compared to a vaccine test under development by Sinovac Biotech in Beijing, according to a former Harvard University HIV researcher, William Haseltine.

Moderna Inc. Shares gained significantly earlier in the week after the U.S. biotech announced positive early results from its experimental vaccine. Many major university labs, pharma giants, and other research institutions around the world are working around the clock to develop the vaccine.

In China, President Xi Jinping said that any successful vaccine developed in the country would be supplied throughout the world. 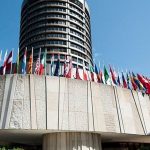