Various factors have led to the closure of United States Commercial Banks by almost 50% over the last twenty years. Data acquired by Finbold.com indicates that the total number of Commercial Banks in the U.S. has dropped by 45.65% since 2000. At the start of the century, the number stood at 8,315, while in 2020, the banks are projected to stand at 4,376. Our calculations show that the U.S. has lost Commercial Banks at a yearly rate of 3.15% on average.

The closure of Commercial Banks in the U.S. has mainly been influenced by changing consumer preferences and improvements in financial technology. In the recent past, customers have increasingly turned to ATMs, online banking, and mobile apps to conduct routine banking business. This means that banks can close less profitable branches without sacrificing market share.

As the data indicates, during the 2009 economic crisis, the U.S. Commercial Banks’ net income significantly dropped. It is worth mentioning that in 2020, the coronavirus led to a global financial crisis. If there is a drop in Net Income, it will not be of the same magnitude a decade ago since most banks relied on technological solutions to keep serving customers. Notably, most banks innovated new products, specifically catering to digital customers.

The pandemic is also set to accelerate bank closures in the U.S. During the crisis, closing branches is seen as a way of preserving capital during the challenging operating environment, which improves earnings and grows capital. In general, the pandemic has forced banks to redesign their branches or shrink their branch footprints. Potentially, the crisis will have a lasting impact on the banking industry.

The banks’ closures have also been accelerated after the 2009 economic crisis mostly due to a wave of mergers and acquisitions (M&A). The crisis offered an opportunity to reduce cost through the shuttering of inefficient office locations. The crisis further forced most banks to suspend their operations following earning pressure from low-interest rates and rising regulatory costs.

As more consumers migrate digitally to do general banking, banks with large branches are working rapidly to stem the damage. Most banks continue to prepare for closures by appointing digital ambassadors to educate customers inside their branches on the various digital options at their disposal. From this perspective, banks are actively encouraging customers to use digital channels to conduct their business.

From the trend, it is inevitable branch closing trend will continue as consumer preferences evolve and financial technology becomes incorporated in people’s lives.

It seems inevitable that consumers and businesses will increasingly access banking services with the help of technology. Although some banks are expanding in branches, the number has failed to match closures. 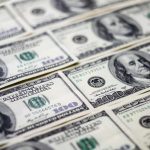 COVID, Biden and Brexit: Why M&A space is set for a boom