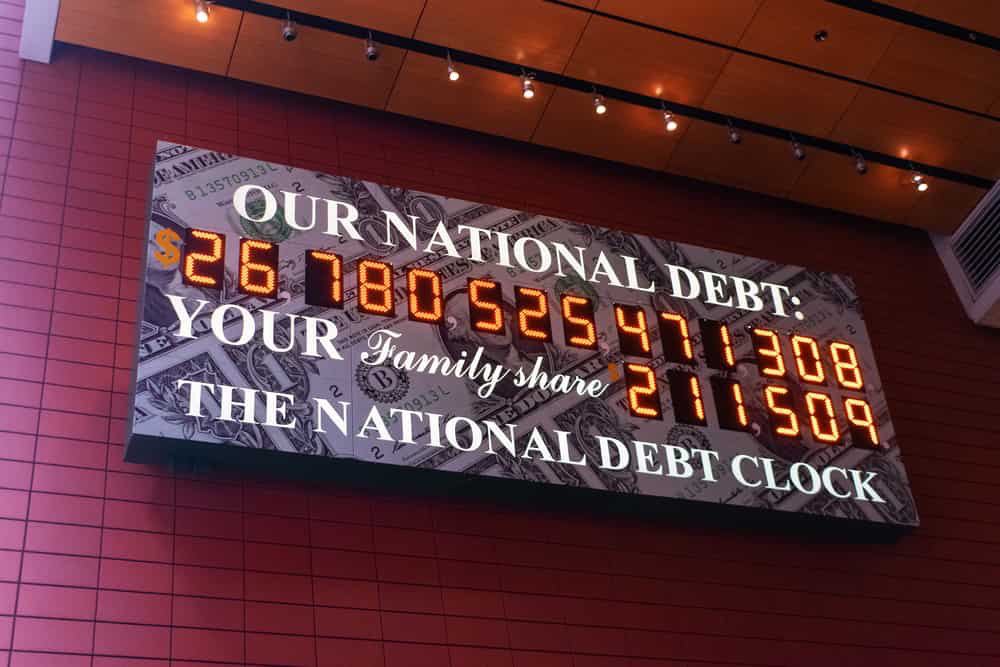 Using a web archive tool, Finbold was able to determine that this ominous fiscal milestone illustrates the long-term health of the U.S. economy in light of growing inflation and interest rates, based on the available data from the U.S. Debt clock page.

Most of this new debt was issued as a swift response to the Covid pandemic where the $5 trillion funded jobless benefits, financial support for smaller businesses, and stimulus checks that were sent to U.S. citizens.

Measures like tax cuts and stimulus packages added to the debt and usually represent a point of contention in U.S. political debates.

A mountainous sum of $8 trillion is owed to foreign and international investors by Uncle Sam, with Japan and China leading the way. This unprecedented borrowing binge started with the 2008 financial crisis and was continued during the pandemic years. It could be argued that the pandemic permanently changed the state of the U.S. economy.

The gravity of the situation and ramped-up spending was evident in the estimate in January 2020 by the Congressional Budget Office, which predicted that the debt of $30 trillion would be reached by the end of 2025.

On the other hand, the Federal Reserve (Fed) is shifting into high gear in its fight against inflation by raising rates which represents the first rate hike since 2015, as well as raising them by the highest number in the past 20 years.

Whether debt can be reduced by inflation and the strong U.S. consumer is something that will go down into historical economic books. At the moment the debt burden seems to be too large to service but the unemployment numbers look good, which indicates a positive state of the economy and possibly a way out of the debt burden.