Wyoming senator Cynthia Lummis has acknowledged that the United States has crossed the chasm concerning Bitcoin (BTC), maintaining that the asset is here to stay with no room to ban it.

Lummis made the remarks on June 8 through her Twitter account in response to Microstrategy CEO Michael Saylor, who noted that people are realizing that Bitcoin is real and unique.

“I don’t want to understate how tough the road is ahead for our bill but I do agree that America has crossed the ‘chasm’ of ‘is this real’ (yes) and ‘will it be banned’ (no). The questions/challenges are different now,” Lummis said.

According to Saylor, with top state officials acknowledging that Bitcoin is central to the U.S. financial future, there is a bullish expectation on how the government interacts with the flagship cryptocurrency.

Rough path ahead before enacting crypto bill into law

The senator’s take on the state of Bitcoin comes just a day after the lawmaker officially presented the crypto regulatory bill before the United States Congress. The Bitcoin-friendly lawmaker admitted that the proposed law has a long path ahead before formally becoming law.

As reported by Finbold, Lummis had termed Bitcoin ‘the hardest money ever created’ for introducing a new spectrum as a store of value.

Through her bill, co-sponsored by New York Senator Kirsten Gillibrand, Lummis seeks to create a pathway for integrating digital currencies into the financial system.

The bill aims to provide clarity and transparency regarding crypto regulation and classification between commodities and securities.

Additionally, the new proposed law will define the right regulatory body for the digital currency sector between The Commodity Futures Trading Commission (CFTC) and the Securities Exchange Commission (SEC).

“Whilst there is some current legislation in the crypto space, it is secular and often confusing. Many regulatory bodies are unable to unanimously decide on the use and clarification of crypto assets, amid much confusion and misinformation from all sides. The new, proposed crypto bill is a positive step in regulating our industry – not just to guide users – but also for regulators to be governed by.”

“The bill will inevitably be deliberated for a period of time. This will enable regular and enhanced awareness of the crypto space, as the topic is reviewed, and clarity sought.”

In the run-up to the bill rollout, agencies like the Federal Reserve had hinted at pushing for stringent regulations. The institution’s governor Christopher Waller warned that large-scale crypto losses could become morally intolerable without immediate action. 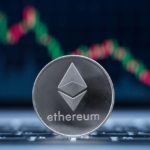 Ethereum's total value locked in DeFi shrank 35% in May, while TRON's rose 47%