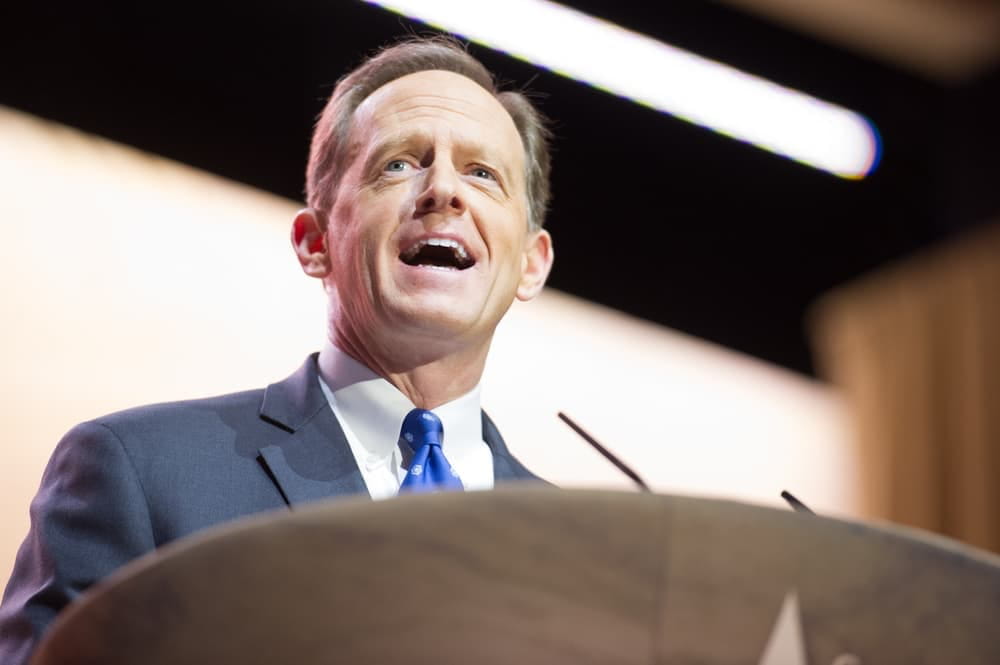 The subject of whether or not members of congress should trade or purchase cryptocurrency or other financial assets has received a great deal of attention in recent weeks.

Speaking with CNBC’s Squawk Box, U.S. Senator for Pennsylvania, Pat Toomey addressed trading cryptocurrency and keeping it in one’s portfolio, as well as whether other senators, including legislative members of congress, should be permitted to trade while having access to information that average citizen is not privy to.

According to Toomey, he is not actively trading cryptocurrency; however, he believes that crypto is “here to stay” and should be included in a “diversified portfolio.”

“It seems to me that crypto-assets are here to stay and a thoroughly diversified portfolio should have some,” he said.

“I’ve always been an advocate for free markets, limited governments, lighter regulation, and lower taxes… and I still believe that.”

In 2021, elected officials traded hundreds of millions of dollars on the stock market while being privy to the talks and debates that culminated in President Biden’s legislative program, which has raised questions about the integrity of the trading process.

Financial disclosures from December 1, 2020, to December 22, 2021, for the Senate and for the house last year, revealed members of congress purchased and sold over $290 million in stocks while $570,000 in cryptocurrencies were traded across the same period.

Thus, the broader issue of the perception of impropriety and whether congress should have the right to trade any of these assets given that it has the capacity to regulate and influence markets has been called into question.

A number of significant legislative events (such as Senate passage of the Infrastructure Bill) were often anticipated by politicians trading in the industries affected, resulting in millions of dollars in profits for these officials in 2021, as congress notably outperformed the market the SPDR S&P 500 ETF Trust (NYSEARCA: SPY).