Venom Foundation, a blockchain layer-1 solution, and Iceberg Capital, an Abu Dhabi Global Market (ADGM) investment management business, have joined forces to create a fund in which they would invest $1 billion in Web3 and blockchain companies.

Protocols and Web3 decentralized apps (DApps) in the areas of payments, asset management, decentralized finance (DeFi), and game finance (GameFi) will be targeted investments for the Venom Ventures Fund (VVF), it announced on January 11.

Iceberg Capital plans to use its established connections to provide incubation services, introductions to relevant parties in the business, promotion, listing on a stock exchange, and guidance in law, technology, and regulations, the two firms stated in a press release.

The fund will be managed by Iceberg Capital, and it will invest in businesses and projects from the pre-seed through the Series A investment stages. The collaboration’s end goal is to quicken the pace at which companies create blockchain, DeFi, and Web3 services and products.

Former CIO of BlackRock and former global CIO for fixed income at Barclays Global Investors Peter Knez, chairman of Venom Ventures, claimed that the Venom Foundation had seeded the fund, the firm’s founders, and regional institutional and private investors. Furthermore, the fund is not confined to businesses in Abu Dhabi but will also back organizations and initiatives with a worldwide reach.

According to its website, the fund’s mission is to be where “old money meets new.” The VVF group has broad expertise in the areas of fundraising and business development, having supported the expansion of both Web3 and conventional funds and serving as a source of growth capital for both startups and scaleups.

As the fund was being announced, VVF also led a $20 million fundraising round for Nümi Metaverses, a company focused on creating virtual worlds in the metaverse.

Interestingly, this fund is one of the few large funds to emerge in this category at this time, which is particularly notable given the present bear market. While it looked like new billion-dollar-plus funds were being established at a regular clip during the past bull run, that trend has since slowed. 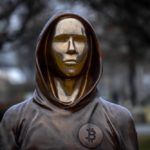 14 years ago today: To whom Satoshi sent the 1st Bitcoin transaction?