This year has been sluggish for businesses in terms of going public via initial public offerings (IPOs). Many privately held companies have decided not to have public debuts in 2022 due to the recent downturn in stock markets, rising inflation, and unpredictability in international politics.

In particular, Adena Friedman, CEO of Nasdaq Inc, predicted in November that the first half of 2023 would be slow for IPOs due to investors’ continued caution but that she was optimistic that activity would pick up in the second half of the year.

Finbold has highlighted three IPOs that seem to have the greatest potential for success with hopes that 2023 will provide a more favorable environment for going public.

Stripe is a software platform that facilitates the processing of online payments and acts as a gateway for credit card transactions. This makes the checkout process for companies much more straightforward.

The software-as-a-service (SaaS) that it offers enables conducting business transactions straightforward and time-saving for online vendors. Additionally, it protects its customers by preventing suspicious transactions and reporting any potentially fraudulent payments.

The technology offered by the firm allows companies to easily collect payments and transfer money across international boundaries. Amazon (NASDAQ: AMZN), Alphabet, Shopify (NYSE: SHOP), Lyft, and Twilio are just a few of the most well-known companies that use Stripe as a customer. Over fifty different firms processed at least $1 billion worth of transactions using its network, and in 2021, the company handled $640 billion in payments overall.

During the pandemic, Discord attracted the attention of millions of new users as a start-up specializing in mobile and online chat.

In particular, fans of video games are big fans of the communication platform Discord, but more and more people are using it for other purposes. The firm offers text, audio, and video communication via exclusive channels organized by subject. In contrast to other communication apps, which earn money from advertising, this one produces income through paid memberships.

According to reports, the company has rejected many proposals to acquire it, including one from Microsoft (NASDAQ: MSFT) and one from Amazon. In recent years, the business has recruited executives who were previously responsible for taking other technology companies public.

During its most recent round of private fundraising in late 2021, Discord was estimated to be worth more than $15 billion; however, this amount may have since decreased due to the bear market’s effect on the valuations of technology companies.

Finally, even though Databricks may have been too late to participate in the IPO frenzy that swept the IT industry in 2020 and 2021, an initial public offering is allegedly still being planned. Data scientists and analysts may work together on digital information warehousing and AI applications utilizing the company’s cloud-based platform.

After completing a private investment round in which they raised $1.6 billion, Databricks reached a valuation of over $38 billion during the summer of 2021. That value, much like that of other tech businesses, has undoubtedly taken a knock.

Despite this, the firm said in August 2022 that it now generates more than $1 billion in yearly recurring income from its users. The firm, which has an ecosystem of hundreds of partners, including Microsoft and Amazon, has not scheduled an IPO yet. Given the battering that tech stocks are taking, it is quite probable that plans to go public will be postponed until market sentiment recovers.

Disclaimer: The content on this site should not be considered investment advice. Investing is speculative. When investing, your capital is at risk. +741 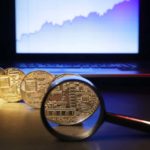