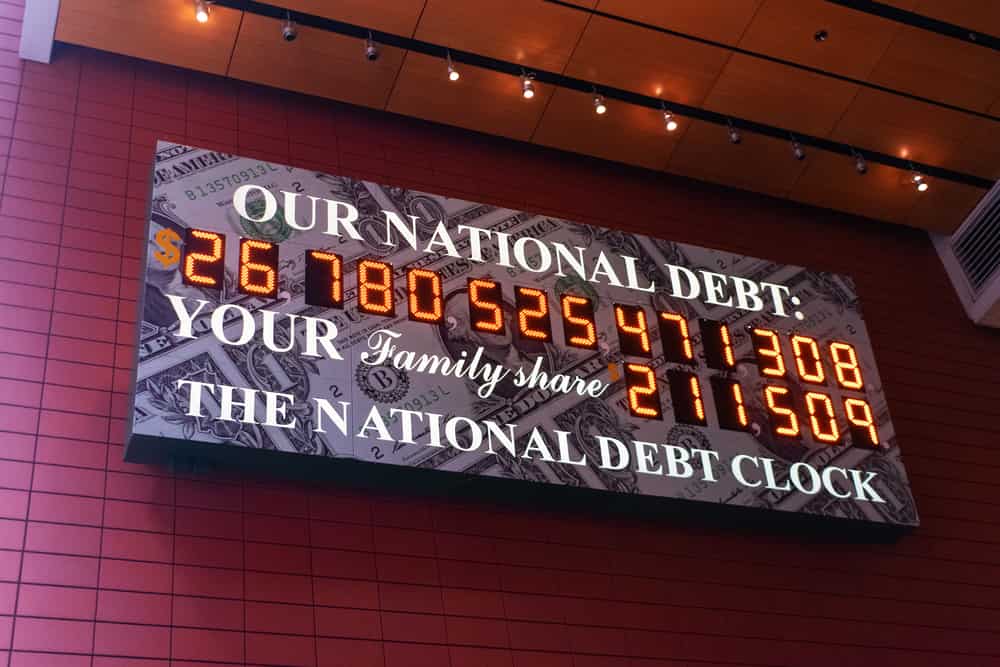 The national debt continues to be part of the global economic debate, with most countries staring at hitting crisis levels. Interestingly, some of the advanced economies are among the most hit, recording skyrocketing national debt figures.

According to data acquired by Finbold, the cumulative national debt of the United States, Japan, and China has hit $52.35 trillion as of November 2021. Over the past year, the debt has surged 11.6% from the November 2020 figure of $46.87 trillion. Therefore, the cumulative national debt has grown by a whopping $5.48 trillion in the last 12 months.

The US accounts for the highest debt in 2021 at $28.95 trillion, a growth of 6.35% from a similar period last year. Japan’s debt has grown 23.39% to $15.14 trillion. Among the highlighted countries, China has the least national debt at $8.26 trillion, which grew $7.38 trillion from last year. Data is provided by the online national debt tracker usdebtclock.org.

The highlighted countries have recorded a surge in national debt as their respective economies attempt to recover from the impacts of the coronavirus pandemic.

Overall, the pandemic resulted in widescale unemployment with businesses closing down, resulting in reduced tax revenues while increasing automatic stabilizer spending for unemployment insurance. Consequently, the countries faced budget deficits that have surged considering that they have instituted legislation to cushion the economy through stimulus packages.

For the US, the pandemic also accelerated the national debt that has been rising over the recent years, mainly driven by mandatory spending programs including Social Security and Medicaid. However, the corresponding tax revenues have remained nearly stagnant.

Even before the pandemic, the economies were experiencing an unprecedented wave of debt accumulation that started in 2010. Generally, the rapid increase in debt is a significant cause for concern because of the risks associated.

Overall, for the three countries, massive borrowing due to the pandemic has rejuvenated the debate over the threat posed by the national debt. There are fears that the rising debt might plunge the country into a debt trap that might stifle growth, likely resulting in more debt. Interestingly, countries might resort to printing more money, whose effects include high inflation levels.

Amid the rising national debt, the countries have already initiated policies to salvage the situation. The Japanese government that issues bonds known as JGBs saw the Bank of Japan remove the self-imposed ceiling on buying JGBs as part of measures to contain the pandemic. Therefore, the government is financed by the central bank at an ultra-low interest rate, making it more sustainable. The low rate conditions have accommodated the BoJ monetary policies.

How China has managed lower debt compared to peers

Elsewhere, China’s debt remains low compared to the three countries, mainly due to policies initiated by the state. The debt is typically held by domestic institutional investors who are state-owned banks. Notably, the banks’ investment and lending practices support government policies like issuing bonds to raise funds for infrastructure investment and insurance companies.

In managing the debt, there is the need for a comprehensive approach entailing debt reduction, swifter restructuring, and improved transparency. Sustainable debt levels are vital for economic recovery.