Scientists in the United States will administer a vaccine aimed to protect against coronavirus on March 16. The first participant will receive the experimental dose, as explained by a US government official.

This trial will take place at the Kaiser Permanente Washington Health Research Institute in Seattle, funded by the National Institutes of Health. The official who revealed plans for the first participant spoke anonymously since the move is yet to be publicly announced.

It will take up to 18 months for any potential vaccine to be fully validated, according to the public health officials. Forty-five young, healthy volunteers will participate in the testing.

Every one of these volunteers will be administered with different doses of shots co-developed by Moderna Inc and NIH. Participants cannot get infected from the shots since they do not contain the actual virus, as explained by an ABC News report.

These tests are designed to determine whether the vaccines may have any severe side effects before they are tested on a larger scale. As coronavirus continues to spread around the world, many research groups around the world are striving to create vaccines to combat the pandemic.

The research groups are using new technologies aiming to create shots that are more potent than the traditional inoculations.

Some of the researchers consider making temporary vaccines to protect people for a few months while they are developing longer-lasting vaccines.

Also, in the pipeline, Inovio Pharmaceuticals said that it plans to start safety tests of its vaccine candidate in April in several volunteers. The tests will be done at a testing center in Kansas City, Missouri, and the University of Pennsylvania, followed by a similar study in South Korea and China.

Even if these tests go well, the earliest that any vaccine can be made available for widespread use is in a year to 18 months, according to the director of NIH’s National Institute of Allergy and Infectious Diseases, Dr. Anthony Fauci.

Manufacturers know that the wait is hard for a frightened public; that is why they are striving to offer solutions at a record-setting pace.

President Donald Trump is pushing for speedy action on a vaccine, and he says the work is moving along quickly, and he hopes to see a vaccine relatively soon. For now, there are no proven vaccines or treatments.

Scientists have been testing a combination of HIV drugs against COVID-19 in China. They are also testing an experimental drug named remdesivir that was developed to fight Ebola.

The University of Nebraska Medical Center in the US has also started testing remdesivir in some Americans with COVID-19 after they were evacuated from a cruise ship that docked in Japan.

For many people, this new coronavirus causes mild to moderate symptoms like cough and fever. For others, especially the elderly and individuals with chronic health conditions, it may cause more severe issues, including pneumonia.

The global outbreak has affected over 174,100 people leaving over 6,680 dead. The death toll in the United States is more than 65, with infections surpassing 3,800 across 49 states and the District of Columbia.

Most of those affected are recovering. Individuals with mild illness recover within two weeks, according to the World Health Organization. On the other hand, those with severe illness take three to six weeks to recover. 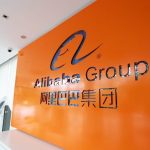