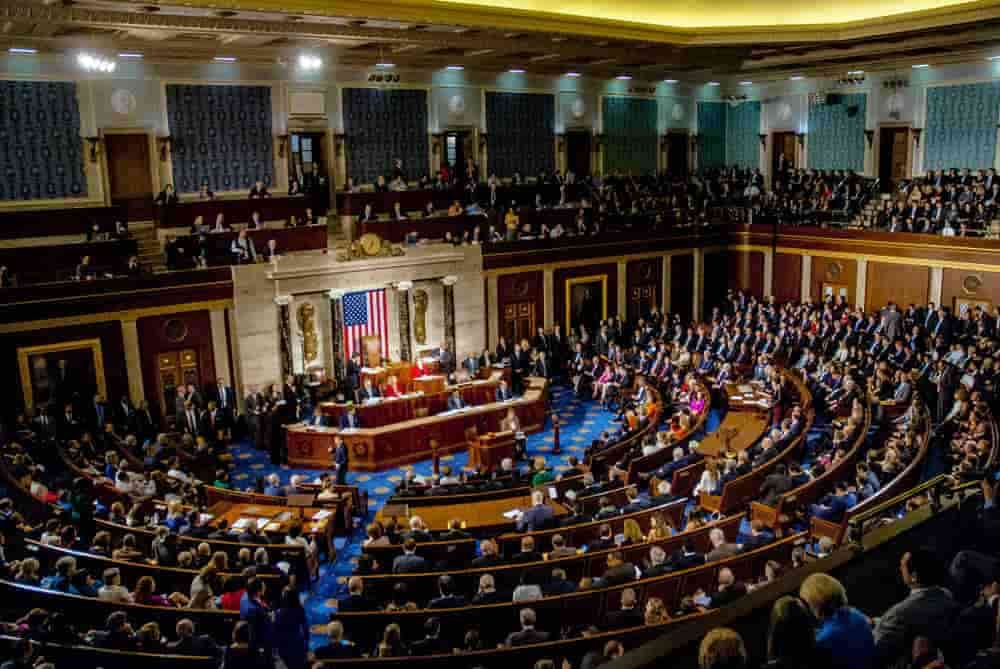 Two US Senators are joining forces to introduce a stock-ban bill, marking the latest step forward in a growing bipartisan push to address the issue of possible conflicts of interest.

Democrat senator Elizabeth Warren of Massachusetts and Republican Steve Daines of Montana are planning to introduce the Senate bill banning lawmakers from trading stocks, according to a report by Axios who cited people familiar with the matter.

As the subject has progressed from being a progressive talking point to a mainstream topic, it has gained support from a number of former investment executives. Introducing the first bipartisan measure in the Senate is an important step toward resolving the possibility of a filibuster.

A deal has been reached

In particular, Warren and Daines have struck an agreement on a bill that would prohibit members of Congress and their spouses from holding and trading individual equities in the market.

In comparison to previous legislation mandating members of Congress to deposit their investments in a blind trust, this one would go a step further.

For instance, members will still be permitted to invest in widely held and diversified vehicles, such as mutual funds, notwithstanding the change.

Senator Mitt Romney said he would “absolutely” engage with Democrats on the issue.

“I’m meeting with Senator [Jeff] Merkley (Democrat-Oregon.) to look at his bill, and I’ll look at others, as well,” Romney said.

“Clearly, elected members of Congress — either senators or congresspeople — shouldn’t be trading stocks.”

Nonetheless, Senate Democrats are still a long way from securing the support of the required 10 Republicans to enact significant legislation in a 50-50 chamber.

Notably, lawmakers traded hundreds of millions of dollars in stocks in 2021 alone while also participating in the discussions and deliberations that culminated in President Biden’s legislative program.

According to an analysis of financial reports for the Senate and the House of Representatives from December 1, 2020, to December 22, 2021, members of Congress acquired and sold nearly $290 million in equities during that time period (representing more than 3,500 transactions by 105 members of Congress).

The amount of cryptocurrency traded over the same period, comprised of 25 transactions by six members of Congress, was just $570,000, reflecting a 526-fold decrease compared to the amount traded in stocks.

It is possible that their activities may expose them to the prospect of seeming conflicts of interest, which may cause the general public to question their motivations.

As a consequence, many people have called for more actions to be done in addition to the STOCK Act to address the problem. Ultimately, only time will tell if the latest bipartisan Senate bill will pass.