In what is the newest in a series of positive developments for the crypto market in the United States, New Hampshire has recently adopted a bill that favors digital assets such as Bitcoin (BTC).

As a result, the state has become the first in the nation to adopt a financial reform of its kind. The bill, known as HB1503, was authored by crypto enthusiast and State House Representative Keith Ammon and co-sponsored by Representative Joe Alexander.

After the House passed the HB1503 bill, Mr. Ammon and Majority Leader Jason Osborne released a joint statement. In it, Rep. Ammon expressed his argument in favor of blockchain and cryptocurrency technology as a massive opportunity for job creation. He cited the data stating that job postings related to this technology grew by nearly 400% in last year alone.

“Just last year, job postings related to blockchain and cryptocurrency technology exploded, growing by almost 400%. Our state is in a perfect position to take advantage of the booming investment in this industry and makes several important changes to state law. (…) HB1503 is an opportunity for New Hampshire to become a leader in this industry and I look forward to continuing our work on this legislation.”

Mr. Osborne praised the efforts of Mr. Ammon and other stakeholders for placing New Hampshire “in a position to take the lead on this revolutionary technology,” which would “attract investments and jobs by signaling to this rapidly growing industry that we are open for business.”

The next step is to turn this bill into a full-fledged law with the help of New Hampshire Governor Chris Sununu and the US Senate.

Increasing support for crypto among US politicians

Mr. Ammos and his colleagues are far from being the only politicians enthusiastic about cryptocurrencies, as these modern assets already have gathered support within the Senate.

Finbold previously reported on the announcement of US Senator Cynthia Lummis of Wyoming that she was finalizing a new bill to integrate cryptocurrencies into the country’s financial system.

Elsewhere, crypto has support among Senate hopefuls as well, with one candidate, Bryan Solstin, promising to use his position, should he get elected, toward ensuring Bitcoin becomes legal tender in the US. 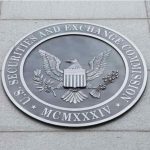