VeChain is one of the cryptocurrency projects that has seen increasing attention driven by the fact that its native token VET, can address key problems in trustless data for a variety of businesses, including the financial sector, the energy sector as well as the food and beverage industry, among others.

Notably, VeChain has seen a spike in the number of social mentions in the third quarter of 2022, which, as of September 27, hit a new high for the third quarter. The one-week activity for VET reached a high total of 28,629 social mentions, according to the statistics provided by the social intelligence platform for cryptocurrencies LunarCrush.

VeChain and TruTrace have at long last disclosed the sectors of the economy that would benefit from their participation in the blockchain platform. TruTrace is a Canadian company that specializes in providing software as a service.

According to the release, the platform will onboard the legal cannabis industry along with the food, fashion, and pharmaceutical sectors of TruTrace. It should not come as a surprise that TryTrace has integrated some of its businesses into the blockchain.

In addition, the choice they made to collaborate with VeChain may potentially turn out to be a profitable one, given that the platform has announced several other collaborations as well, which is an indication that it is trusted and believed in.

Despite having a solid use case, the value of VET has been weighed down by the general cryptocurrency market meltdown experienced in 2022 and currently has a market worth of $1.7 billion. 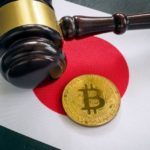