According to the Bolivarian National Guard of Venezuela (GNB), the Bolivar State officers seized the rigs on suspicion of illegal transportation.

The GNB stated that the provided transportation documents did not ascertain the circulation, ownership, and operation of the mining rigs.

Furthermore, the GNB did not reveal the type of mining rigs seized by military officials during a routine traffic stop. However, the shared pictures of the mining rigs suggest that they are ASIC miners.

The GNB has built a reputation for cracking down on counterfeit cryptocurrency mining equipment after the country legalized the activity. Venezuela turned to cryptocurrencies as a means of sustaining the economy that has been dwindling.

Mining is under the National Digital Mining Pool, an agency that unites all the miners within the Venezuelan borders.

However, bitcoin mining is in low-income neighborhoods, and regions with subsidized housing are outlawed. This is in line with managing the power consumption of bitcoin mining.

The establishment of a regulatory environment for cryptocurrencies is in line with the country’s recent move to adopt bitcoin. Digital assets appear to be a solution to the country’s hyperinflation. 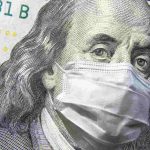