The turmoil that is now affecting the cryptocurrency market was brought further to light when a court in the British Virgin Islands ordered the dissolution of cryptocurrency-focused hedge fund, Three Arrows Capital (3AC).

Partners from Teneo in the British Virgin Islands have been lined up to manage the bankruptcy of the Singapore-based business that was established in 2012 by Su Zhu and Kyle Davies, according to a report by Sky News on June 29.

Meanwhile, a source who is familiar with the subject has revealed that a court order to liquidate Three Arrows was issued on June 27 in the British Virgin Islands.

The crypto-focused hedge fund, based in Singapore, has collapsed into liquidation, further exacerbating the crisis that is consuming the digital assets industry on a worldwide scale.

Uncertainty surrounded the immediate financial repercussions for Three Arrows’ creditors. However, as a result of the company’s bankruptcy, further concerns are likely to be raised regarding the regulatory monitoring that cryptocurrencies and other forms of digital assets are subject to in the most important financial centers across the globe.

The situation at Three Arrows Capital came to light earlier this month when a cryptocurrency broker named Voyager Digital said that it was contemplating issuing a default notice in connection to a loan that was worth hundreds of millions of dollars.

Ultimately, Voyager Digital announced on June 27 that it had filed a notice of default to 3AC since it had failed to make the due payments on its previously disclosed loan of 15,250 Bitcoin (BTC) and $350 million USDC.

Three Arrows looked for a solution

Mr Davies said earlier this month that it was “committed to working things out and finding an equitable solution for all our constituents”. He also stated that Three Arrows was looking at other possibilities, such as selling its assets or being rescued by another company.

It was not apparent if these negotiations were taking place on Wednesday or whether the liquidators of Three Arrows were still considering the possibility of selling the company’s assets in any capacity. 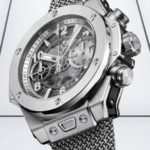