The Proof-of-Stake (PoS) network is becoming increasingly adopted among major cryptocurrencies, with more and more are actively transitioning to it.

Almost every major cryptocurrency now has a plan to transition to PoS, according to Ethereum founder Vitalik Buterin, who revealed in a recent interview with UpOnly that Dogecoin (DOGE) also aims to transition to a Proof-of-Stake network with community staking.

Buterin referenced a proposal published on Christmas last year, which outlined a strategy to execute the DOGE proposal for a ‘Community Staking’ version of PoS, which would let more individuals participate in managing the Dogecoin network.

“They recently released something, the Dogecoin Foundation in collaboration with Vitalik Buterin to create community staking, it got published last year at Christmas.”

The proposal for PoS

Furthermore, the Dogecoin Foundation stated at the time that it was working with Vitalik on crafting a proposal that would:

“Allow everyone, not just the big players, to participate in a way that rewards them for their contribution to running the network, and at the same time gives back to the whole community through charitable causes.”

Finbold reported last year that Vitalik Buterin hoped Dogecoin would move to a PoS consensus method with the aid of Ethereum’s technology as soon as possible.

He also suggested an ETH-DOGE bridge, which he believes would accelerate transaction speeds on the Dogecoin blockchain. 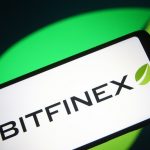