Director of Bank and Equity Strategies at brokerage firm Vining Sparks Marty Mosby has said leading Wall Street banks’ CEOs might be facing a threat of not controlling their massive capital in the wake of the Congress grilling.

Speaking to Fox Business, Mosby stated that the banks’ concern is that once the economic recovery is finished, they may not efficiently manage the capital accumulated over the years.

Mosby believes that the banks will potentially not be able to entirely decide on whether to release their capital or not. He projects such a scenario will push the lenders to create extra growth. However, Mosby acknowledged that the big lenders had played a key role in managing the financial crisis.

“Now, when we get past this, it’s going to be whether or not they’ll be able to release some of that capital and what happens if you don’t let them efficiently make that decision, it’ll push them to have to create extra growth. And sometimes that can create its own risk,” said Mosby.

Worth noting is that there are calls for some banks not to fund fossil fuel investments as President Joe Biden spearheads a shift to renewable energy. The director said that such directives are contributing to the fear among banks.

He also affirmed that there will always be other smaller banks to step in and fill the gap. However, he cautioned that there is still a risk because the big lenders can easily handle corporate debt.

Additionally, the director stated that CEOs of the banks’ are facing an uphill task with different quarters pushing them to make political statements. According to Mosby, such situations present a dilemma for the executives since their stand might impact shareholder relationship.

Before the session, the banks lauded their efforts to help customers and the economy through the pandemic, including deferred loan payments and small-business lending.

“Banks were a part of the solution to beat back the economic impacts of a global pandemic, and now we must continue to work together to ensure a fair and equitable recovery,” said Wells Fargo’s Mr. Scharf.

The banks also faced criticisms from some quarters for charging high overdrafts and other fees during the pandemic. 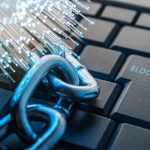