United States electricity and internet service provider BrightRidge has been ordered to shut down its Bitcoin mining facility within 30 days by Washington County authorities.

The company confirmed receiving a letter from the county citing the facility was producing a lot of noise in violation of property codes.

The resolution was arrived at following a Monday evening meeting by the Washington County Commission. The letter was issued by the county’s Planning Director Angie Charles.

BrightRidge has been directed to comply with the zoning regulation within 30 days, failure to which the county lawyers will pursue litigation. However, the county commission stated that the mine should shut down because authorities did not support pursuing litigation.

In setting up the mining plant, BrightRidge originally received authorization requiring the 22-acre property to be rezoned from general agricultural land to agriculture business for utility-only use. However, BrightRidge had proposed the use of the land for a blockchain data center.

Notably, Washington County Commissioner Kent Harris called out BrightRidge for not being straightforward with its intentions.

“All the commission has said all along that we were misled from the beginning. This was a situation that was sort of pulled over our eyes. We thought it was going to be a solar farm or something for BrightRidge,” said Harris.

In August, the company had received a warning to shut down the mining plant or mitigate the noise issue. The warning came after Washington County Mayor and Brightridge board member Joe Grandy appeared before the commission to address the noise issue.

The noise concern emerged after residents complained about the humming emanating from the cooling fans.

The mine is also at the center of using a lot of electricity that can power over 10,000 homes. In June, Red Dog Technologies stated that it was working to solve the noise issue with plans to present the finding before the county.

The Washington County Commission is set to meet again to discuss the next course of action if Brightridge does not comply with the zoning requirements. 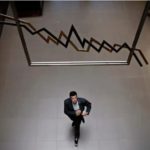