Although a variety of risk factors have been present during the previous month, the cryptocurrency Waves (WAVES) is today worth more than double what it was only 30 days ago.

In comparison, on February 2, the digital asset was trading at $9.02, just less than half of its current price, according to CoinMarketCap statistics.

As a result, the cryptocurrency in discussion has risen by 101.1% between the two dates mentioned above. Furthermore, when looking at the top gainers among the top 100 digital assets by the market capitalization in the last 24 hours were Waves (WAVES), THORChain (RUNE), and Anchor Protocol (ANC).

In particular, Waves is a blockchain platform that users may use for a variety of purposes, including decentralized applications (DApps) and smart contracts.

Waves is a blockchain network that is built on the widely used Proof-of-Stake (PoS) consensus technique and claims to have a “minimal” carbon footprint.

In addition to what it claims to be compatible with existing ecosystems, the network supports the development of new non-fungible tokens (NFTs). It is also estimated that the average cost of a transaction on the Waves network is US$0.018, as stated on the project’s website.

Why has WAVES spiked?

Given the current market climate, many altcoins have begun to rise in tandem with the flagship digital asset Bitcoin (BTC).

Bitcoin had bounced back almost as swiftly as it had fallen, having an effect on many altcoins to follow suit, having initially fallen from $39,000 to below $35,000 at the end of last week in response to Russia’s invasion of Ukraine.

Swing trader and technical analyst Murfski had highlighted on February 26 highlighted a similar pattern that formed between June and the beginning of August; he noted, “$WAVES probs gonna 2x if this plays out.”

However, two keys reason why the price of WAVES increased significantly was when it announced plans to develop a blockchain-agnostic Metaverse on top of revealing a new strategic partnership with Allbridge to allow cross-chain transfers.

Furthermore, the announcement on February 10 that the protocol has begun the process of transitioning to Waves 2.0 has helped fuel interest in WAVES in general.

To assist speed up the network and making it more secure and interoperable with the Ethereum Virtual Machine (EVM), a new consensus algorithm called practical proof-of-stake sharding (PPOSS) will be implemented.

Finally, Waves Labs, a U.S.-based firm, has been added to the network of partners. Notably, a $150 million fund and an incubation program will be established for US teams developing Waves-based technologies, with the United States serving as a crucial market for broad adoption in 2022. 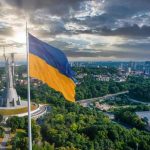 Opinion: Effects of the battle for Ukraine on the global economy