As the field of blockchain and cryptocurrencies continues to advance and develop, innovation and experimentation is taking place every day – some more significant than others – in a continuous effort to improve the space even further.

One of these experiments is with ‘silent payments’, performed by the Bitcoin Operations Technology Group (Optech), an organization that has been working on developing advanced open-source technologies for businesses that deploy Bitcoin. The experiment was made public in its latest newsletter released on June 1.

For the less technical-savvy, Optech described Bitcoin silent payments in one of its previous newsletters as the facilitators of paying a public identifier (“address”) without creating a public (onchain) record of that address being paid.

In the words of the concept’s developer:

“The recipient generates a so-called silent payment address and makes it publicly known. The sender then takes a public key from one of their chosen inputs for the payment, and uses it to derive a shared secret that is then used to tweak the silent payment address. The recipient detects the payment by scanning every transaction in the blockchain.”

If the reader is more technically savvy, then they can delve deeper into this experiment by reading a tutorial, made by the developer Ruben Somsen (a.k.a. w0xlt), on how to create silent payments for the default signet using a proof-of-concept implementation for Bitcoin Core. More information is available from other developers, including how to create an address format for it.

From proposal to experimentation

As per the newsletter on April 6, the proposal for silent payments was posted to the Bitcoin-Dev mailing list by Somsen on March 28, in which he details the concept and describes it as “a new scheme for private non-interactive address generation without on-chain overhead.”

According to Somsen, “It has upsides as well as downsides,” so he predicted that the main discussion would revolve around whether his suggestion was worth pursuing or not. He also added the full write-up in plain text. Evidently, the group has accepted the proposal and decided to give it a try. 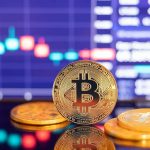 Bitcoin reclaims the 10th spot as the world's most valuable asset