The iPhone has been a major driver of Apple’s (NASDAQ: AAPL) top-line growth in the past decade. At the end of the March quarter, iPhone sales accounted for 53.5% of total revenue. While the smartphone business remains important for Apple, there is another segment that is fast gaining traction.

Apple’s Services business is the company’s second-largest segment and generated sales of $16.9 billion in the fiscal second quarter of 2021. Services sales accounted for 18.9% of total revenue and grew 27% year over year in Q2.

Currently, Apple Services generates sales from multiple verticals, including subscription platforms such as Apple Music, AppleCare, Apple TV+, Apple Arcade, and the App Store. In fact, it ended 2020 with a staggering 620 million subscribers on its Services platforms.

The Services business is important for Apple’s revenue as well as profit margins. It is essential for the company to diversify its revenue base and move away from its dependence on the iPhone while expanding these revenue streams.

Further, Services is a high margin segment and is hugely accretive to the profit margins. In 2020, Services sales accounted for less than 20% of total sales but raked over 33% of Apple’s gross margins.

According to Evercore ISI analyst Amit Daryanani, Apple’s Services sales might surpass $100 billion by 2024, indicating a compound annual growth rate of 19% in the next four years.

There is a good chance that Apple will continue to expand its suite of “Services” going forward. This, in turn, will keep iPhone users hooked on the Apple ecosystem, which will help the company improve customer engagement and increase repeat purchases of its hardware products. 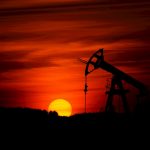