SafeMoon has attracted the crypto community’s attention within months, banking on several factors, including a value proposition to reward long-term hodlers.

The founders designed the token to penalize those who sell a 10% tax with 5% redistributed to investors who are still hodling while the remaining 5% is burned.

The token that emerged in March is also backed by celebrity figures, including rapper Lil Yatchy and YouTuber Jake Paul. The buzz around SafeMoon saw the coin hit an all-time high of $0.00001375 on April 20.

Although the rally was short-lived, SafeMoon has generally benefited from the recent crypto market rally that also focused on other ‘joke’ assets like dogecoin. By press time, SafeMoon was trading at $0.0000048, according to data provided by CoinMarketCap.

Despite SafeMoon’s popularity, developers are facing accusations of running a Ponzi scheme. In addition, analysts have raised concerns over SafeMoon’s unique structure, encouraging people to hold and the relative newness are drawing more questions.

Lark Davis, a cryptocurrency investor and analyst has equated SafeMoon to the Bitconnect ponzi scheme.

The concerns have slowed down in recent weeks, but SafeMoon’s trouble appears not to be going away anytime soon. A recent smart contract audit by blockchain security company HashEx singled out 12 security vulnerabilities in SafeMoon.

The audit notes that SafeMoon might undergo short-term ownership renounce attack that can lead to a loss of $20 million. In addition, HashEx said SafeMoon contract founder controls a significant proportion of the coin’s liquidity.

Despite the mounting security concerns, SafeMoon recently partnered with Simplex, a fiat and crypto infrastructure platform. The partnership is meant to offer an integrated SafeMoon Wallet to cater to the growing number of investors.

What does the future hold for SafeMoon?

Amid the security concerns, the SafeMoon team does not appear bothered, maintaining internal controls to address issues around ownership. However, following criticism that the token has no underlying and functional value, developers have begun adding more features to increase competitiveness

At this point, the future of SafeMoon largely depends on the team and the community around it. Investing in SafeMoon calls for caution, just like any other cryptocurrencies. However, being a new token requires more faith in the team. Notably, the SafeMoon team has no proven long-term success in the crypto space.

Basically, with no verified value addition, investing in SafeMoon could be described as a speculation. However, if SafeMoon attracts more speculative investors, the token will likely rally again to new highs.

Furthermore, some analysts believe that SafeMoon might not ‘reach the moon’ after all, terming it a dump and pump token.

“Gains are being fueled by frenzied chat across social media with influencers jostling for position to push their favored coins. Its model appears to be geared towards helping early holders of the currency get rich, as others pile in after them, pushing the price up further,” said Susannah Streeter, market analyst at investment company Hargreaves Lansdown.

Therefore, the SafeMoon team should capitalize on the token’s tremendous popularity and address community concerns regarding security and ownership. With transparency, SafeMoon has a chance to soar again. 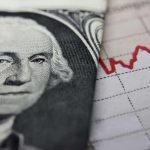 'Cryptocurrencies will cause the next financial crisis,' says Metalla Royalty CEO