The figure represents a growth of 27.57% from the current world population of 7.87 billion. The annual projected growth rate is also projected to decline from 1.03% as of 2021 to 0.4% in 2057. The data on population growth is provided by United Nations, Department of Economic and Social Affairs, Population Division

It is interesting to note that China and India account for 36.2% of the world population as of 2020. China’s population stood at 1.43 billion, while India had 1.38 billion people. The United States comes a distant third with 331 million people, representing 4.2% of the global population.

The global population will potentially be driven by improved living standards and healthcare in most countries. Furthermore, life expectancy is increasing, resulting in a large aging population and a reduced mortality rate.

As the population grows, there are concerns regarding its impact on the global economy. Notably, in the past, analysts have warned that high birth rates and rapid population growth, especially in developing countries, would divert scarce capital away from savings and investment, thereby stalling economic development.

On the flip side, when the fertility rate declines, there is an increase in the working population. Thus, the change in age composition creates room for a country to raise its savings and investment potential. On the other hand, it puts further strain on economic growth for countries with an aging population due to a declining working group. This makes it more difficult for a business to fill in more in-demand jobs. Furthermore, the state is compelled to allocate more resources in the health care system to cater to the vulnerable group.

In general, the growing population is also correlating with an improving standard of living at higher levels than ever before. Thus, although there is an expected population explosion, projected economic growth is far greater than the potential for population growth.

Furthermore, the climate agenda is the center of attention for the coming decades and might impact population growth. Amid concerns of global warming, there is a general view that the growth rate might stall due to impacts on the aging group.

For most governments, population growth poses a threat to economic developments, and the fear has paved the way for initiating policies. For example, having recorded a staggering growth rate in the past, China embarked on control measures over fears of halting economic growth.

The state resorted to implementing the one child per family policy in 1979 alongside offering economic incentives to families with fewer children. However, the policy has resulted in an aging population.

Worth noting is that although the population is expected to grow, the growth rate will vary based on various factors. Some developed countries have witnessed reduced growth due to sustained low levels of fertility. Elsewhere in some developing countries, there are persistently high child and maternal mortality,  violence, conflict, and the continuing impact of diseases. 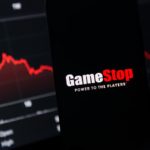 Analysts forecast setback for GameStop (GME) in the next 12 months