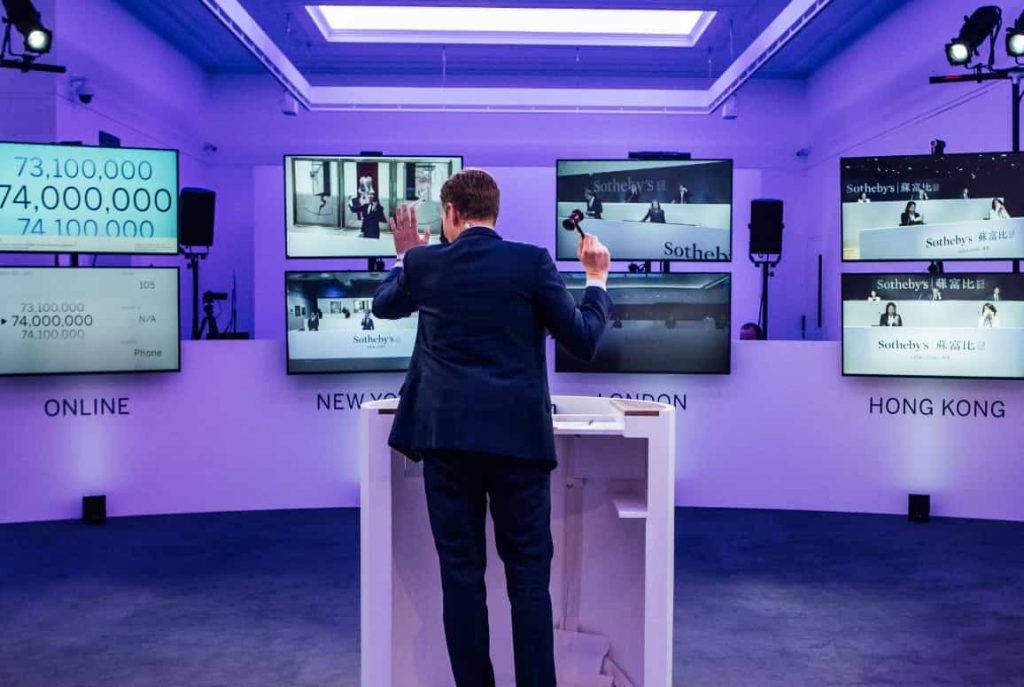 However, he did not disclose further information about the partnership with Pak, including whether commissions will be paid in cryptocurrencies.

According to Stewart, the decision to work with Pak is due to his history in the NFT space alongside the artists’ s growing followers consisting of digital collectors with cryptocurrency backing.

In the flagship NFT sale, Sotheby’s will tokenize Pak’s works that entail one-off pieces and others offered as open-ended editions. However, details about the art works’ content and pricing haven’t been disclosed.

“We’ve been following the NFT space for some time and we are excited to announce an upcoming sale next with an artist known as Pak. The artist prefers to remain anonymous, in part because the artist wants it to be about the art, which is not necessarily a new thing in the art world. But it’s one of the many new things about crypto art, in particular, that I think is different and potentially a bit disruptive,” said Stewart.

Furthermore, Sotheby’s is looking at enabling cryptocurrency payments for physical artworks. This is after rivals Christie sold a digital collection to a buyer who paid $69 million in cryptocurrency (you can see that picture here).

According to Stewart, the auction house was also exploring paying art collectors in digital assets. He, however, notes that there is no concrete plan but the idea is to accommodate the growing interest in artworks by cryptocurrency investors.

“Right now, there’s a desire to let people pay for digital art with cryptocurrency, so why not let them pay for physical art with crypto? Maybe we accept crypto for paintings and then pay the consignors in cash, or maybe sellers will want the cryptocurrency as well. That’s all coming if managed well,” said Stewart.

Along with other leading art houses, Sotheby’s is seeking to leverage on the growing crypto millionaire alongside millennials to revive the sector’s fortunes.