Wuhan is the original epicenter of the coronavirus pandemic. Now, China’s legal troubles are increasing. For over a month, most of the affected individuals are wondering how the world can make China pay for the pandemic.

Now, the efforts have started. On March 23, reports emerged about a lawsuit in Florida, which was the first of its kind that directly blamed China for the outbreak. The law firm that filed the case is known as The Berman Law Group.

The Group sued China for covering up information about the coronavirus outbreak in Wuhan. Jeremy Alters, the law firm’s Chief Strategist, insisted that they have every right to sue China according to a publication by WION.

Alters added that the Chinese government might be made accountable for the outbreak under specific laws.

A second lawsuit has been filed. A lawyer, Larry Klayman, in Texas, USA, filed a lawsuit demanding damages worth a staggering $20 trillion.

This lawsuit states that China created a virus in Wuhan as a biological weapon. It claims that the bio-weapon was made at the Wuhan Institute of Virology in China. The lawsuit calls the disease:

Many signs point to the notion that the virus was engineered in the Chinese military laboratories. But, there are no scientific facts to back the claims since the lawsuit is majorly based on media reports, some of which are unverified. 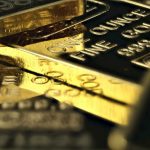 Top 12 Gold Holders Worldwide by Country and Institutions in 2020