The asset is trading at $0.48, a drop of about 6.51% in the last 24 hours. On December 21, Ripple said it expects a lawsuit by the Securities and Exchange Commission over accusations of investor protection law violations.

The lawsuit targets Ripple’s, CEO Brad Garlinghouse and co-founder Chris Larsen. The firm allegedly went against the law by selling unregistered securities when it sold XRP to investors. SEC argues that Ripple did not register the token before listing it.

In a statement, Garlinghouse expects the lawsuit’s filing before Christmas. He has since questioned the motive of the lawsuit based on its timing. 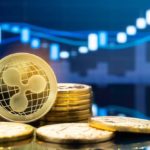 “XRP is a currency and does not have to be registered as an investment contract. In fact, the Justice Department and the Treasury’s FinCEN already determined that XRP is a virtual currency in 2015 and other G20 regulators have done the same. No other country has classified XRP as a security.”

He adds that the asset has been in function for eight years without any interrogation from the SEC. Garlinghouse wonders why the lawsuit comes at a time the SEC plans to change leadership. Notably, SEC Chairman Jay Clayton plans to step down from the agency at the end of this year ahead of his term expiration in June.

The lawsuit is of great implication to Ripple which facilitates cross-border transactions. Over the years, the company has tussled with SEC on whether XRP should be classified as a currency or a security.

The company maintains that XRP is a currency just like Bitcoin and not an investment platform. The SEC wants XRP classified as a security, which will subject Ripple to more strict new rules.  However, Ripple has been aggressive dismantling the notion that it is a security.

Despite the controversy in the US, Ripple has received endorsements from top institutions like SBI Holdings, Spanish bank Santander, Andreessen Horowitz, Lightspeed, and Peter Thiel’s Founders Fund. Recently, the company has threatened to relocate its headquarters to a more crypto-friendly environment, including Japan. 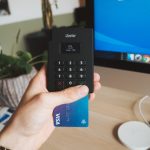