After a week filled with uncertainty for most of the cryptocurrency market, some assets are starting to show signs of recovery, with XRP leading the charge as it gains more than 10% in one day, influenced by positive developments in the U.S. Securities and Exchange Commission (SEC) v. Ripple lawsuit.

Indeed, XRP has rallied 10.17% over the last 24 hours and is presently trading at the price of $0.3811, despite this price still being 13.14% lower than seven days before, according to the data retrieved by Finbold on November 15.

This has placed XRP in the second position on the list of the largest daily crypto gainers, just below the interoperability-based crypto project Quant (QNT), which rose nearly 20% over the past 24 hours.

If it carries on with its latest bullish behavior, XRP might get closer to the $0.50 goal set for the end of the year, which currently represents a major resistance point for the decentralized finance (DeFi) token.

On top of that, it is proving the crypto community at CoinMarketCap right in its collective estimate that XRP will trade at the average price of $0.4305 on December 31, 2022, which would demonstrate a 12.96% increase to the asset’s current price.

What is behind the XRP rebound?

Notably, XRP’s recovery arrives at the heels of District Judge Analisa Torres granting motions to file amici briefs in the legal battle that the SEC is waging against Ripple, which the regulator accuses of illegally issuing the XRP token.

According to the court order shared by defense attorney James K. Filan on November 14:

Meanwhile, Coinbase is the first to follow the Judge’s order, already formally filing “its Amicus Brief in Support of Ripple’s Fair Notice Defense,” as Filan highlighted in a separate tweet on November 15. 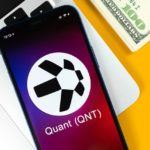 Why is Quant price rising? Here is what we know